Game of Thrones heavyweight ‘Beast’ Hafthor Bjornsson has called out Tyson Fury for a future clash once his beef with Eddie Hall is done and dusted.

Bjornsson is fighting Hall in Las Vegas this year to squash a long-standing argument dating back to their World’s Strongest Man days.

Hall won his first title in 2017 after years of trying. Bjornsson was second and complained a controversial penalty cost him the trophy.

Bad blood has been evident since. The massive duo will know trade blows to finish their gripe.

Bjornsson believes two fights will Hall are possible before he wants to challenge the WBC heavyweight champion.

“There’s probably going to be a rematch against Eddie Hall, so I’ll be in the sport for probably the next two years,” Bjornsson stated.

“After the rematch, we’ll see how I feel and how much I have improved. I’m not getting any younger.

“I’m 32-years-old, so I need to improve very fast if I see myself competing for more. 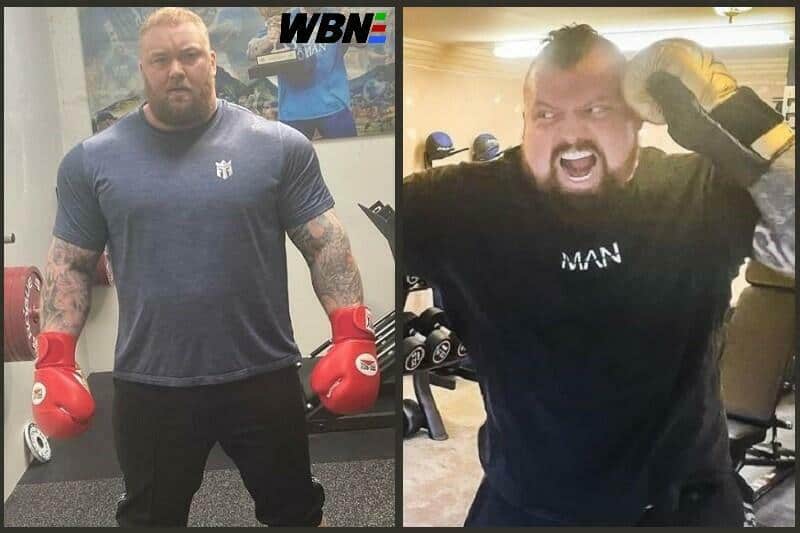 “You never know. I was quite surprised by how much I enjoyed myself in the ring. So I don’t want to say no because I’m just enjoying this journey so much now and having so much fun then maybe.

“If I make huge improvements, then why not?”

“If the right opportunity came along, let’s say in the Eddie fight. I plan to knock him out. Let’s say I knock him out the first and the second time, and some big name says: ‘Who the f—k does he think he is?

“Thor, you’re nothing. I’m going to knock you out. I challenge you.’

“That could happen. No one has seen a guy my size before. Imagine if some big name would challenge me because they want to shut me down.

“That would be a massive opportunity for me, and I probably wouldn’t turn it down.

“When I do anything, I always look at the top, and the top right now is Tyson Fury. But we’ll see in two years who is on top then.”

In the past, having competed in WWE, facing someone like Bjornsson in an exhibition-type match-up wouldn’t be an impossibility for Fury.