WBC President Mauricio Sulaiman expected Manny Pacquiao to be allowed leniency to defend his welterweight title once the pandemic was under control.

This outcome happened despite the fact the WBA never ordering a mandatory fight.

Pacquiao could have potentially faced Errol Spence, Terence Crawford, Mikey, or Ryan Garcia this year. There’s no official announcement of his plans yet.
Any of those would have brought the opportunity for the ‘super’ strap to be on the line.

The WBA, for some reason, didn’t want to wait for the Filipino Senator to confirm his next move and acted to remove his status.

Sulaiman appeared on The Ak and Barak Show recently to discuss this situation and many others. 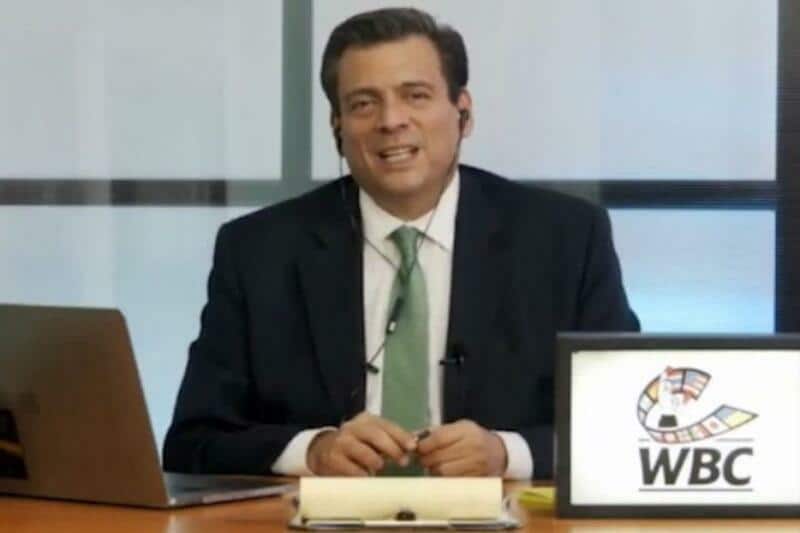 Below are the best bits. You can watch in full on Sirius XM or DAZN.

• Ali was such a tremendous world personality. Becoming a heavyweight champion of the world had a tremendous impact.
• Today, with the advent of social media, boxing athletes can have a significant impact worldwide. But sometimes, on social the messages can be diluted.
• We should see influencers from our champs. Hopefully, that happens.
• Ali would have many haters if he were active today. What he said was very strong.
• He was an excellent inspiration for the WBC.
• Ali could have fought in South Africa.
• All the great champs met with Mandela and had a convention.
• March 8 is the 50th anniversary of the fight of the century.
• We cannot accept any discrimination in any sense.
• We support women’s boxing in every way. And we will not accept any bigotry.

• The WBC is trying to make unification bouts and see how they can handle the future’s mandatory situations.
• They will continue to find the avenues to have the best fighters go up against each other.
• The organizations have to do better when it comes to this.
• There are so many other champs in the organization. Hard to comment on what the WBA did by stripping Pacquiao.
• There’s leniency and flexibility to every case (especially during the pandemic).
• The WBC rules are that a fighter must remain active, at least a mandatory fight at least once a year. But with the pandemic, there’s some flexibility.
• There’s still an expectation that fighters remain active.
• Fights will happen in Canada, Poland, and South Africa.
• Eventually, the Bridgerweight will be adopted by all of boxing.