Renewed beef between Floyd Mayweather and rapper and old friend 50 Cent has peaked already following another low-blow insult by the latter.

‘Fiddy’ closed the book on another round of barbs between the pair following talk of a possible celebrity boxing bout this year.

It’s been a year since the pair waged public war again, with 50 Cent telling Hot 97: “I think he got to (fight) right now because the money’s gone. It’s fighting and getting the money.

“Spend the money and fight. “With the lifestyle that money’s gone. Trust me. Now it’s like if you call Floyd, he will be at your local nightclub because he needs that action right now.”

More recently, the whole saga reignited again with the ‘In Da Club’ star, adding: “I’d fight Floyd. I don’t think I could make weight, though. Or he’d have to let me not get down to 150.

“I tried before, but I looked like a homeless person (when dropping lots of weight for a movie). I could make it down to probably, like 180.” 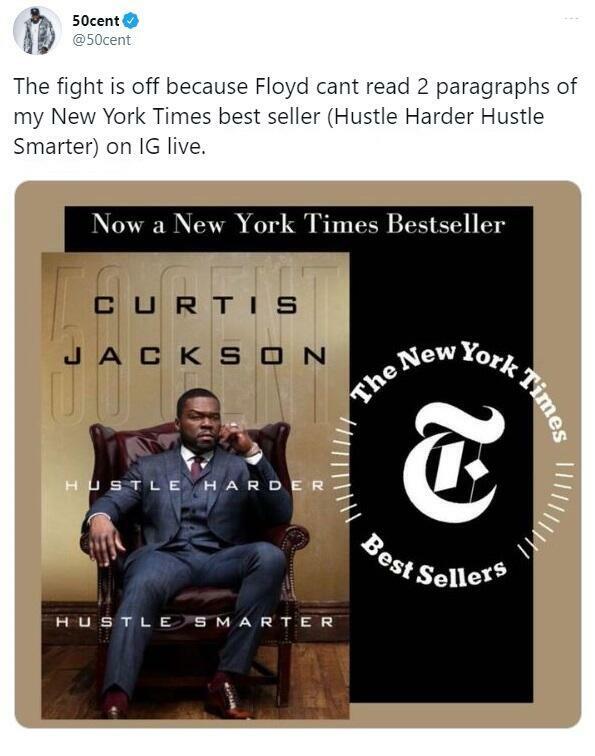 Mayweather responded via social media. He said: “This year, I will focus on several exhibitions,” pointed out the five-weight world champion.

“I also heard that 50 Cent would fight me but claims I’m too small. If (50 Cent) wants to lace up at the end of the year, we can do an exhibition.

“I don’t care about weight class with any of these guys. The (YouTube) brothers will make great money with the events. But with 50 Cent, It has to be “Winner Take All.”

No sooner had gums began to flap about a potential brawl inside the ropes did 50 Cent call the whole thing off with his usual method of insulting Floyd Mayweather.

“The fight is off because Floyd can’t read two paragraphs of my New York Times bestseller (Hustle Harder Hustle Smarter) on IG Live,” he quipped in a blatant plug of his new read.