Floyd Mayweather is determined to secure the most Pay Per Views possible in retirement that he’s attempting to battle the most off the wall opponents he can find.

On the back of a ‘special exhibition’ with a hapless YouTuber falling apart, Mayweather has since turned his attention to an old friend.

Mayweather is now open to trading blows with rapper 50 Cent, a man he was once very close to until the pair fell out very publicly.

During an appearance on Radio.com and V-103’s The Morning Culture, the ‘In Da Club’ artist issued his challenge.

“I tried before, but I looked like a homeless person (when dropping lots of weight for a movie). I could make it down to probably, like 180,” he confirmed.

A year ago, in an interview on Hot 97, ‘Fiddy’ stated that he believed Mayweather was still fighting because he needed the money.

He stated: “I think he got to (fight) right now because the money’s gone. It’s fighting and getting the money. Spend the money and fight.

“With the lifestyle that money’s gone. Trust me. Now it’s like if you call him, he’ll be at your local nightclub because he needs that action right now.”

Almost instantly, Mayweather – the businessman has kicked in. He’s on red alert for the potential paycheck involved in a grudge match. 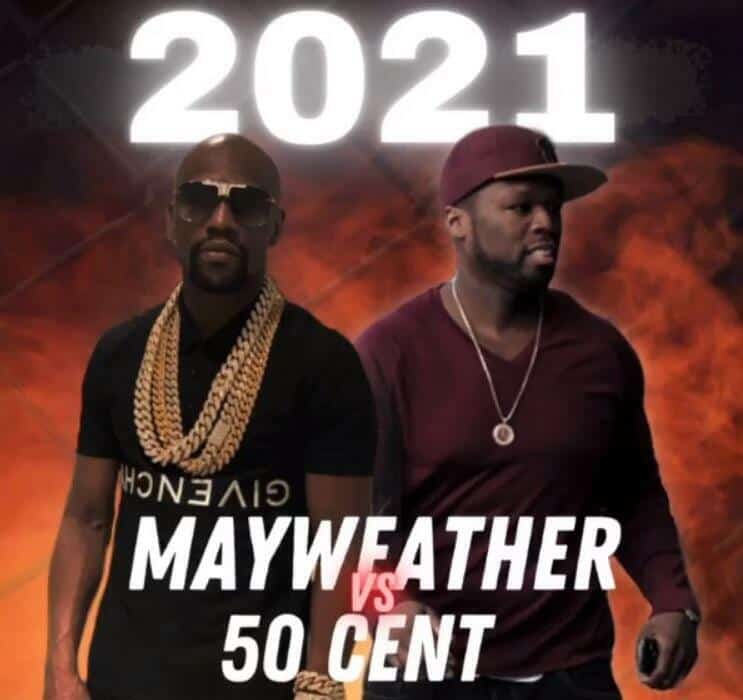 Outlining his plans for 2021, Mayweather is seemingly ready to rumble.

“This year, I will focus on several exhibitions,” pointed out the five-weight world champion. “I will have an exhibition in Tokyo, Japan again.

“Of Course, the one with (a YouTuber) and I. And if (the YouTuber’s brother) can get past his next opponent Ben Askren, I will have an exhibition with him as well.

“I also heard that 50 Cent would fight me but claims I’m too small. If (50 Cent) wants to lace up at the end of the year, we can do an exhibition then.

“I don’t care about weight class with any of these guys. The (YouTube) brothers will make great money with the events. But with 50 Cent, It has to be “Winner Take All”.

Those comments prove exactly where boxing is heading at the moment, especially as the professional side of the sport struggles to get back on its feet.

As Mike Tyson faces old legends for his exhibitions, it’s disappointing that Floyd Mayweather only wants to consider hapless celebrities at the moment.