“Props to Ryan (Garcia) and his dad. His team they have done a tremendous job due to thinking outside the box,” Ellerbe told Fight Hype in regards to his massive online presence.

“I am personally impressed with that because boxing is a small niche of fans. It’s undoubtedly one of the main reasons why Floyd has been able to be successful.

“We did a lot of grass root stuff. We thought outside the box as to whether it would be handing out flyers or getting out there shaking hands with the fans. 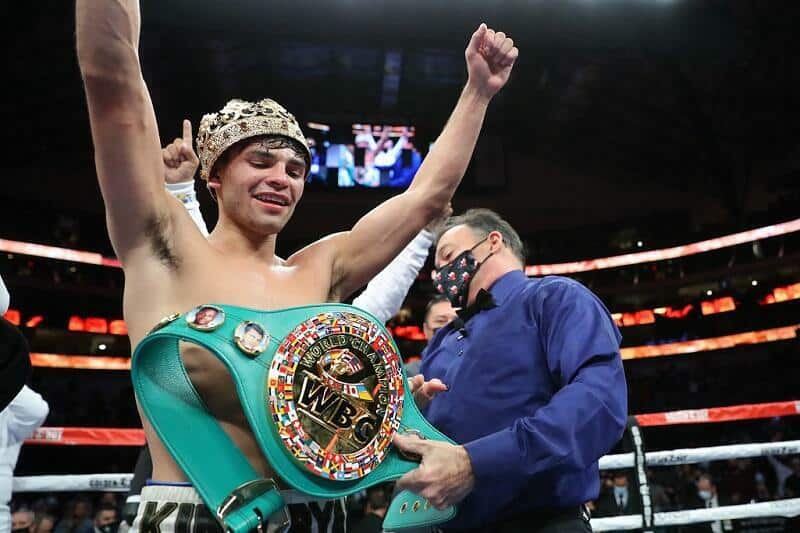 “Just doing things a little differently. That’s why I can appreciate guys like Ryan and Tank (Davis).

“Both are big-time attractions. They both have fan bases.

“It’s great for the sport.”

He continued by pointing out Garcia is more than just a boxer with millions of followers.

“People love to criticize fighters. They say Garcia is a social media sensation. No, he’s just done an excellent job figuring out how to make himself a more significant attraction.

“He’s learned how to think outside the box. Give him credit for that.

“Criticism is part of being on top. They still criticize Floyd Mayweather to this day, and it’s all bulls—.

“So I don’t pay any attention to it.

“That’s one of the things I learned from Floyd many years ago. I used to get worked up, and he would tell me we don’t pay any attention to any of that.

“Everyone is entitled to an opinion, and I respect everyone’s opinion,” he concluded.

Garcia continues to show interest in a massive encounter with Davis. However, it seems later in the year, or even 2022, are more viable options.

Floyd Mayweather is open to the clash, as is Ellerbe, but it’s not certain that now is the time.

Letting the fight marinate could be crucial to future Pay Per Views numbers. Garcia is only 22, and Davis is 26.

Furthermore, there’s plenty of time to make that fight a reality.