World Boxing News has covered Nathan Cleverly closely over the past couple of years as concern grows over his mental well-being.

Taking most of what Cleverly puts out there in jest under his alter-ego ‘Clev the G,’ there have been mixed emotions regarding what the former world champion posts.

Some of it you can construe as tongue-in-cheek, but there are now some real alarm bells ringing.

Locked away with his stunning girlfriend Katarzyna for some time now, the pair seem to enjoy a turbulent relationship.

Katarzyna recently deleted her Instagram account after accusations from Cleverly supporters that she was somehow to blame for the way he now acts.

It seems the pair also went through a brief spell of uncertainty and are now apparently back on the same page. 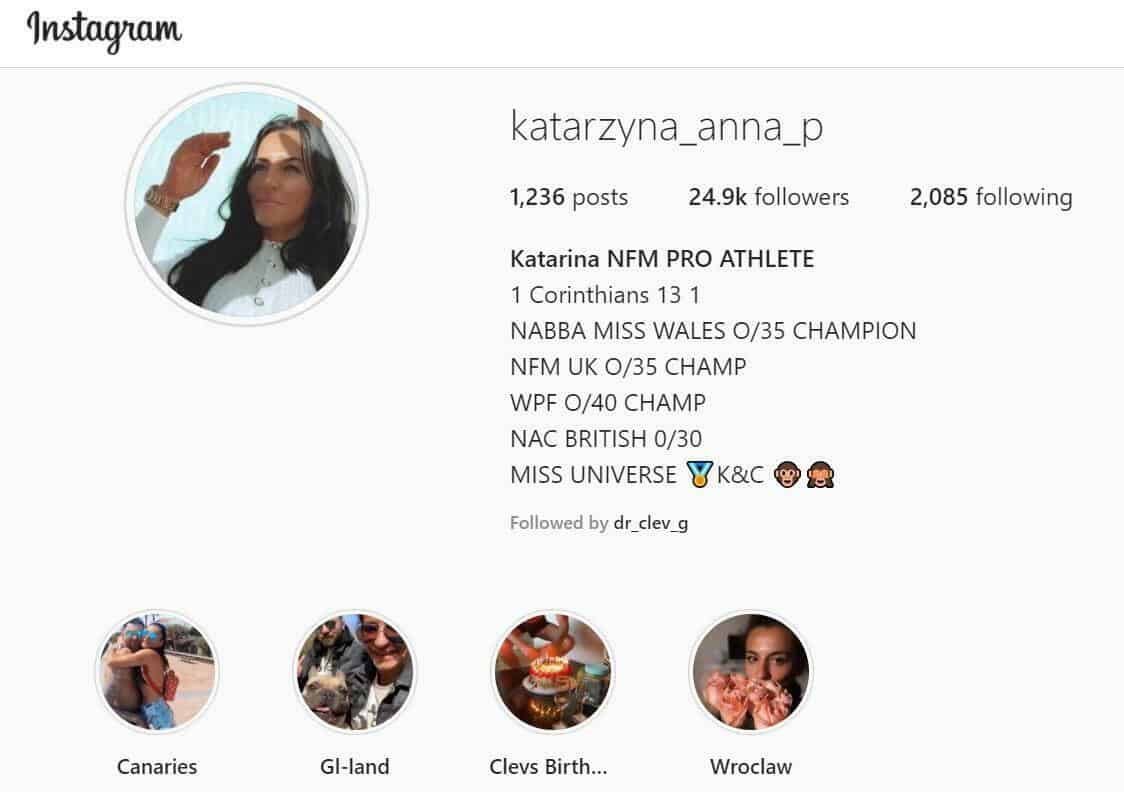 Cleverly portrays himself as a pot-smoking- god-loving, and controversial figure, although mainly through his ‘G’ persona.

The real Cleverly is still there, according to some of those who were once close to him. The trouble is, that’s not what Cleverly is putting out on his Instagram.

Several people who have known Cleverly in the past have contacted WBN since the coverage began. Many are asking us to reach out to Nathan.

Some others desperately took to social channels to ask friend Enzo Macarinelli, ex-foe Tony Bellew, and others to try their best to see if Clev is okay.

All attempts have failed.

WBN has observed that Cleverly seems quite content where he’s at and doesn’t seem to pose any danger to himself or others. But that’s all you can gather from being on the outside.

All we can go off from the inside is what Cleverly and Katarzyna put out there about what is going on behind closed doors.

Over the past couple of days, WBN received a startling screenshot of an Instagram story, allegedly posted by Katarzyna recently.

We must stress that we have no evidence of whether Katarzyna wrote this, other than the word of the person who sent it to us.

That person wishes to remain anonymous, but we believe this is real. 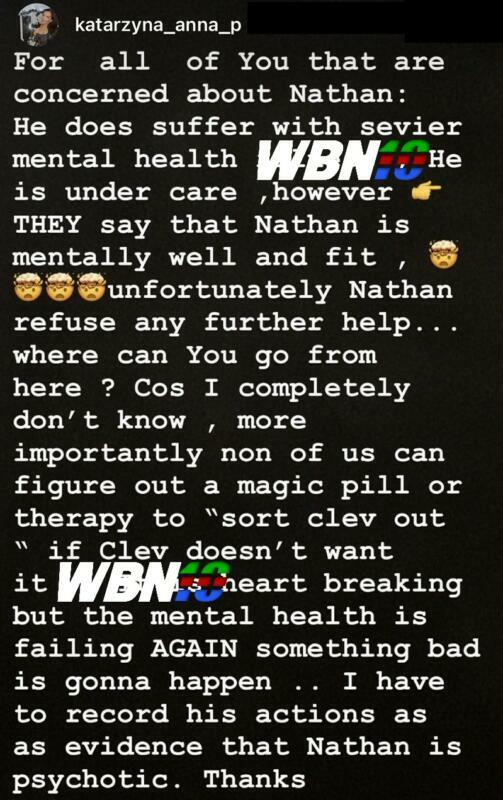 Katarzyna’s post reads: “For all of you that are concerned about Nathan, he does suffer from severe mental illness.”

She goes on: “He is under care. However, they say Nathan is mentally well and fit. Unfortunately, Nathan refused any further help.

“Where can you go from here? – Because I completely don’t know.

“More importantly, none of us can figure out a magic pill or therapy to ‘sort out Clev’ if Clev doesn’t want it.

“It is heartbreaking, but his mental health is failing again. Something bad is going to happen.

“I have to record his actions as evidence that Nathan is psychotic. Thanks.”

Hopefully, Nathan Cleverly can get the help – if indeed he needs it. WBN wishes him well.