Three-man shortlist emerges for Deontay Wilder ahead of ring comeback

Ex-heavyweight champion Deontay Wilder had a list of three options for his return to action following a crushing defeat to Tyson Fury back in February 2020.

‘The Bronze Bomber’ is set to miss out on a trilogy with Fury as the Briton moves on to a battle with UK compatriot Anthony Joshua.

Wilder was left in no-mans-land in the wake of the decision, with a January comeback subsequently scrapped.

With more time to digest his current plight, Wilder is no mulling over one of a trio of Premier Boxing Champions opponents for a headlining comeback in the spring.

WBN understands Robert Helenius and Charles Martin are the top two options. The man Helenius shocked during his last fight, Adam Kownacki is also a possibility.

For the latter, that event relies on the venue.

Brooklyn has always had intentions to host an encounter between Wilder and Kownacki at some point. But that was until Helenius upset the applecart.

Helenius could now prove a viable option for Wilder, although Martin could prove to be the easiest to make logistically.

Martin, a former IBF champion beaten by ex-Wilder rival Joshua in two rounds, has won his last three in a row. Ironically, ‘Prince’ Charles’ only other reverse came against Kownacki.

Needing to get back into the win column as soon as possible, all three would afford Wilder a great chance of doing that devastatingly.

He would be a high favorite. 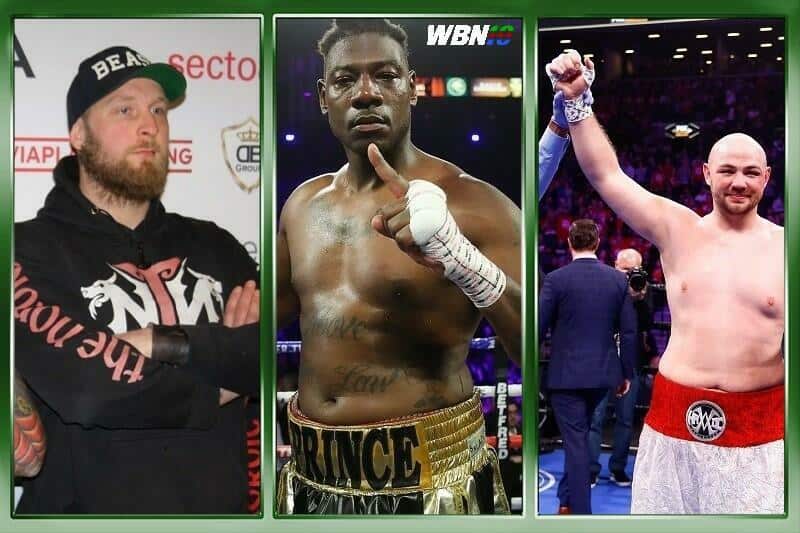 Once he does put a 43rd career victory on his record, a massive clash with Andy Ruiz Jr. is on the cards for later in 2021.

PBC head Al Haymon will put the wheels in motion for a Pay Per View even between Wilder and Ruiz once both sides agree on terms for what could eventually be a world title eliminator.

Both men hold sway with sanctioning bodies and may well be in line to battle Fury vs. AJ’s winner by 2022.

Alexander Povetkin or Dillian Whyte is also firm considerations for Wilder as the current number one in the WBC ratings.

The WBC’s decision to ratify Wilder as the number one contender holds repercussions for Povetkin and Whyte.

It means whoever holds the interim WBC belt after March 6th would have to go through Wilder to become mandatory.

At this point, that could be the only scenario whereby Wilder and Ruiz would hold off on a battle for the time being.

Outside of Fury vs. Joshua, it’s the top division’s most intriguing fight, though.