De La Hoya mentioned GGG for a potential exhibition later this year – only to backtrack a few weeks after.

Somehow, rumors of a fight have made their way back into the headlines, with Hopkins having his say.

“GGG declines every year,” Hopkins told Fight Hub TV. “What he has left is always his punch.

“If Oscar was going to come back and I had a say in it, I would take GGG.

“GGG always had and always will have a punch, but that is declining. Even in the win recently, don’t let that fight fool you. It doesn’t fool these eyes.”

“GGG is a hall of famer, no doubt. He earned his position but Oscar has seen every style and been in there with better talent.

“Oscar would win by unanimous decision.

“I would let Oscar know that let’s start calling this guy out for September. 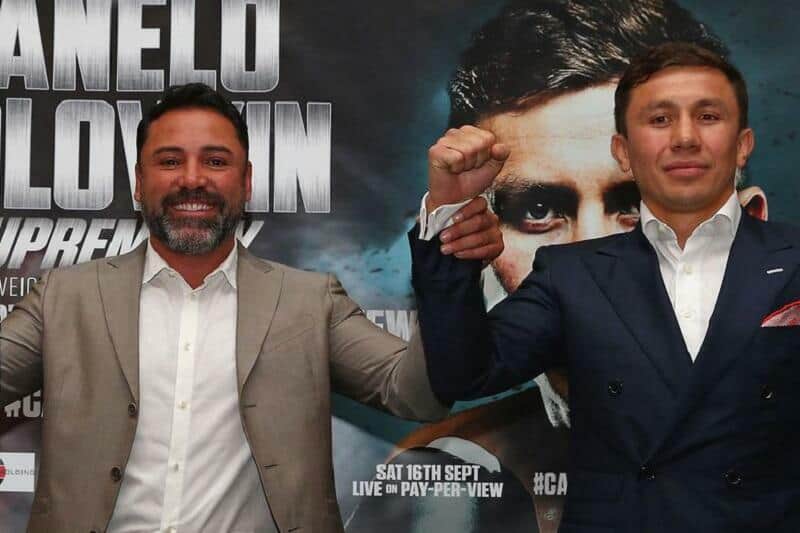 Making his intentions known regarding returning to the ring at 47, De La Hoya went all guns blazing on Golovkin at first.

But when speaking to Elie Seckbach at the Ryan Garcia fight, the ten-time world champion withdrew his callout.

“I never said I wanted to fight GGG,” De La Hoya told ES News. “I said he is a great fighter. And I wouldn’t mind fighting him because I will fight everybody.

“But I respect him a lot. He is a great champion. If I come back, it will be a real fight against whoever is the top dog at 154.”

As Golovkin is still at the top of the sport and currently chasing a third clash with Canelo, it’s doubtful that the Kazakh puncher would entertain De La Hoya in 2021.

A year down the line, when he finally hangs up his gloves, who knows?