Tyson Fury remains locked in talks to fight Anthony Joshua as mediation with Deontay Wilder seemingly heads to the backburner.

WBN was exclusively informed by Wilder’s co-manager Shelly Finkel that discussions were still pending regarding a possible trilogy. But judging by comments from Fury’s US promoter Bob Arum, the third fight is not on the cards.

Arum told Sky Sports that Fury vs. Joshua is the focus of both sides right now. He expects a deal to be done.

“I don’t want to make a deadline, but I can report that everything so far has been going splendidly. We hope to have a signed document within the next couple of weeks,” Arum told Sky.

“That might not provide for a site, because again, we can have a document that the fighters would have signed, and everything. Then have a mutual agreement clause of the site. 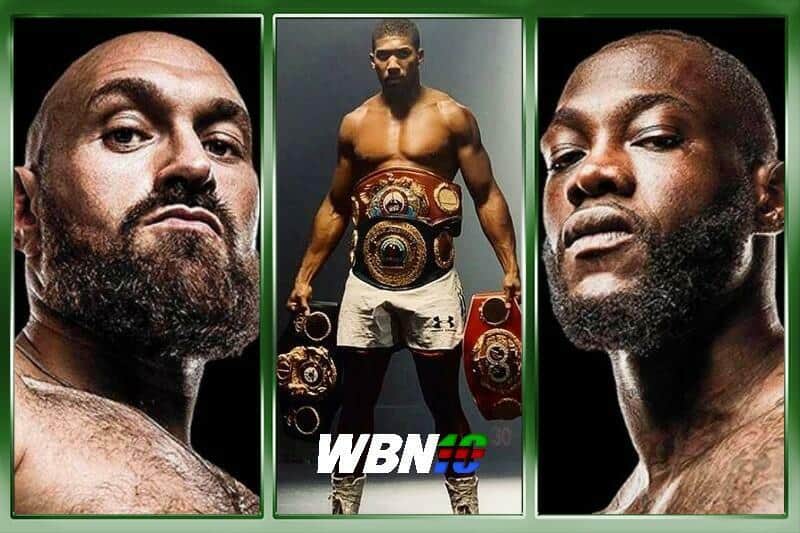 Speculation problems had been mounting due to Wilder’s protests is waning as Fury and Joshua near an undisputed heavyweight battle.

Wilder may now have to begin thinking about where he goes from here as another world title shot moves further away.

As Fury and Joshua hold all the belts at 200 pounds plus, ‘The Bronze Bomber’ faces a long wait to gather another opportunity.

Whoever comes out on top will have to fight WBO mandatory Oleksandr Usyk before a WBA stipulation comes into play.

There’s also the small matter of Fury vs. Joshua being a two-fight deal.

Usyk is still lobbying to be given his chance earlier than two more bouts, though. This could become a problem for Fury and Joshua.

If the WBO rule favors Usyk over an undisputed unification, Joshua will be forced to head into the Fury encounter a strap light.

The biggest heavyweight battle in British boxing would then no longer be for all the marbles.