In 2019, Jonathan “Magic” Mansour finished fifth at the USA Olympic Trials as one of the youngest competitors in the field, and the now 21-year-old San Diego featherweight had planned to put on a magical performance at the 2020 USA Boxing National Championships this past December, at the Shreveport Convention Center in Shreveport, Louisiana.

In late October, Mansour was named as the USA Boxing Olympic Qualifying Team alternate in the featherweight division, replacing the original alternate, David Navarro, who recently turned pro. Brooklyn’s Bruce Carrington is the USA Boxing Olympic Qualifying Team representative in the featherweight division, who needs to finish among the top six finishers at the Americas Qualification Tournament this May. The Last Chance Qualifier will be at the World Qualifier in June.

“Being the Olympic alternate keeps me faithful in God’s process in making my Olympic dreams come true,” Mansour said. “I am excited to perform with Team USA to fight for gold and obtain my number one spot. I am glad I stayed ready for this opportunity knowing my time will come.”

As it turned out,the 2020 USA Boxing National Championships was postponed due to the COVID-19 pandemic until March 25-April 3, 2021 at the same venue.

Mansour started boxing at the age of eight, choosing to box because he always wanted to be different and loved to fight. He told his uncle that he wanted to go the boxing gym with him one day, instead of going to his grandmother’s house to swim with his cousins, and the rest is history. 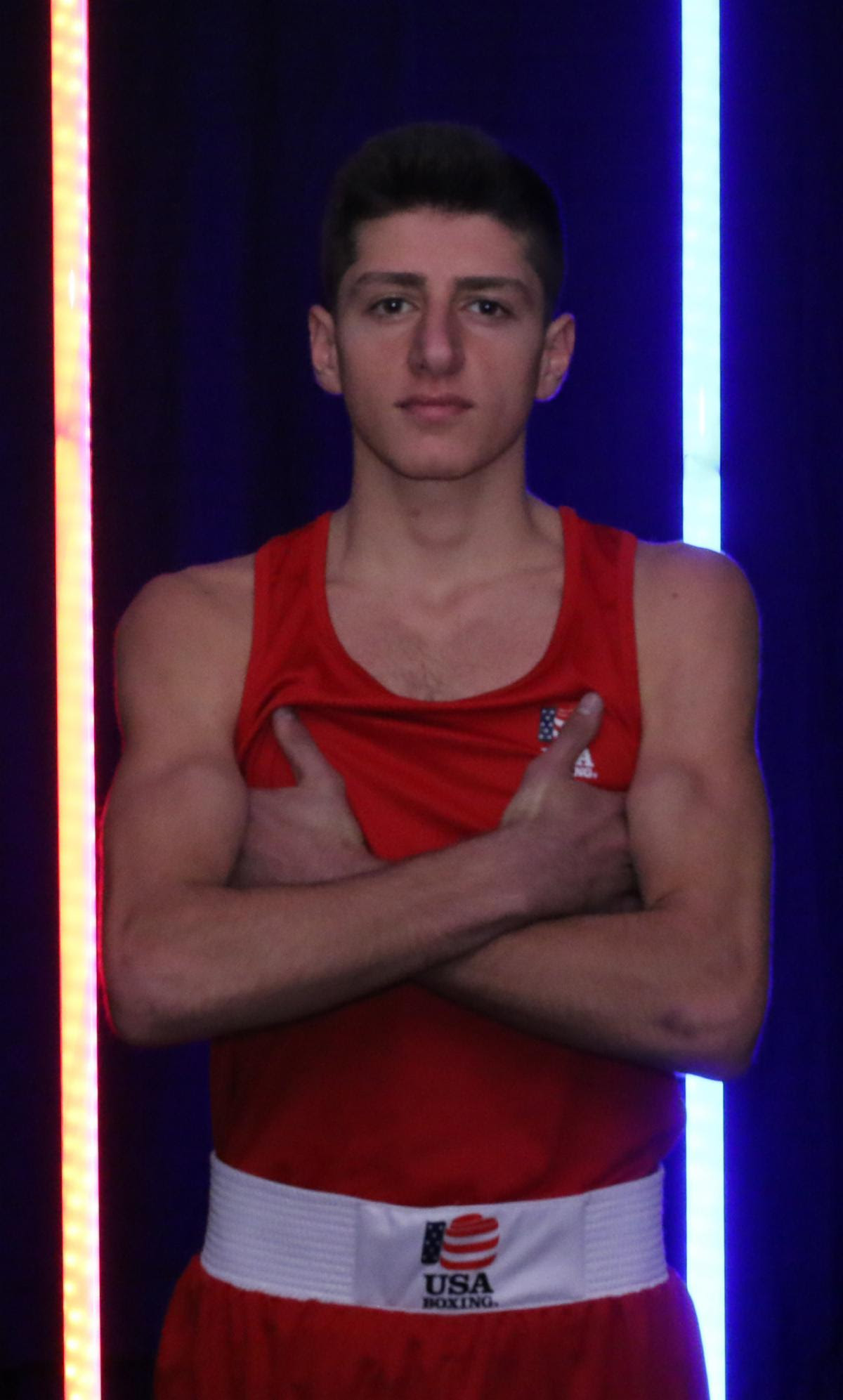 “After he took me to the gym,” Mansour noted, “I’ve never missed a day since. I have sacrificed many friends, parties, my entire high school years, and more. Through all the tough times and especially during this pandemic, my coaches and I picked up my training even more. Being ranked number 4 in the USA still keeps me hungry for that number 1 spot, and I will make sure to fight for it until I’ve achieved it.”

Mansour captured gold medals at the 2018 National Golden Gloves and Monkton International Boxing Cup, as well as the 2019 Last Chance Qualifier. Standing 5′ 10″, he is tall for a featherweight, and he effectively uses his range advantage to out-box his opponents, often switching effortlessly from southpaw to orthodox stances.

“I have realized that my style is very different and stands out much more,” Mansour added. “It is the reason I got my nickname, ‘Magic.’ I fight smarter not harder and my coaches and I adjust to all styles, whether my opponent is coming forward or moving backwards.

Mansour joined the USA Boxing Olympic Qualifying Team on October 28th at the Multination Training Camp in Chula Vista, Calif. Each fighter needed to be quarantined for five days and then cleared after passing COVID testing. Nobody was allowed to leave his or her room other than to train or dine.

“We still trained during the quarantine,” he explained, “but we didn’t make contact until our test results came back negative. Being in the bubble was pretty boring, but it gave me a lot of time to focus on myself and my life. It was a great experience stepping into the ring with the Great Britain Olympic Team. I learned more and more everyday and studied all my test match footage. Camp was 16 days and USA had members of the Canadian Olympic Boxing Team there as well. Some days we trained two times a day and on the days we didn’t I still did my night jogging to keep my legs fresh for the test matches.”

2020 was an emotional roller-coaster ride for Mansour, who is now preparing to return to Colorado Springs from January 14th to February 19th with members of Team USA to train and prepare for upcoming tournaments. All the ups and downs, though, have been well worth it for Mansour.

“Being a 2021 Olympic Boxing Team alternate is a blessing,” he concluded. “It is definitely a big opportunity that my team and I have been preparing for to make the best of it. I’ve always dreamed of becoming an Olympic gold medalist and hard work will get me there.”