Without Tyson Fury, there’s only one title option left for Deontay Wilder

Heavyweight puncher Deontay Wilder may be forced to re-think his next move if current mediation with Tyson Fury fails to produce a trilogy.

‘The Bronze Bomber’ has involved a third party in an attempt to secure a promised third fight with Fury in the coming months.

After the pandemic halted fans’ involvement and the Wilder saga stalled, ‘The Gypsy King’ attempted to walk away from the contract.

Both sides believe they are right, but only discussions through an impartial entity will bring a conclusion.

Should this fall in favor of Fury, and the Briton then moves on to a fight with Anthony Joshua, Wilder will be left in no-mans-land.

Despite previously dismissing the chances of a move down in weight, the new WBC super cruiserweight would become an attractive proposition.

Ukrainian ex-undisputed cruiserweight king recently stated he’d be willing to fill in the gap left by Fury. Both could easily contest the vacant 200 to 224-pounds belt.

A two-fight deal to run parallel with a Fury vs. Joshua double could lead the winner, who by then would be a two-weight ruler, nicely into facing the eventual heavyweight champion with all the belts.

It sounds like a great idea, although Wilder may tell you otherwise. Going on his views from a few months ago, it may not be in his thinking.

He told Brian Custer on The Last Stand Podcast back in November that a bridgerweight run is out of the question.

“If it’s specifically designed for me and to be the face of it, I decline,” he told Brian Custer. “My career is to be a heavyweight. 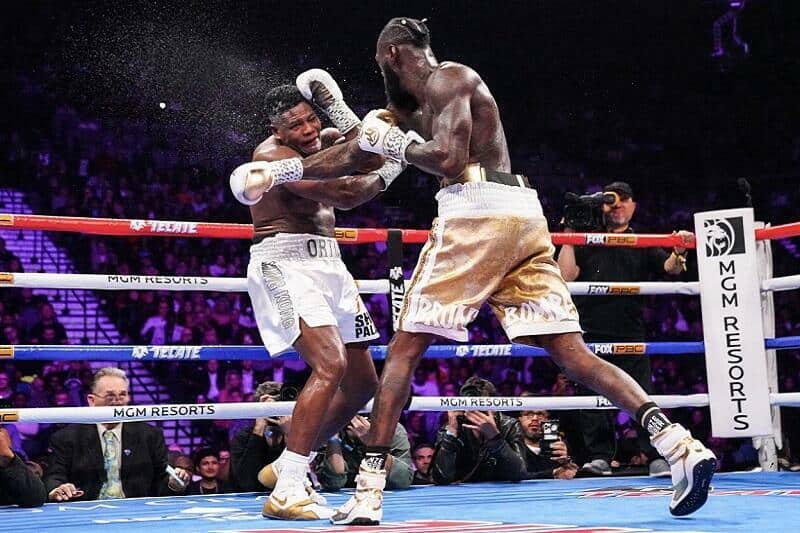 “Guys always outweigh me. In my last fight, I was 231, so as far as putting on weight, that’s not a difficult part of me.

“My power makes up for all that. I have too much power for a weight class that low. I should be exempt from that.”

Back then, though, Wilder also thought he’d back fighting by January. That clearly hasn’t panned out.

“You can see me back in the ring sometime in the first week of January, the latest early February. We’re looking through opponents now,” he added.

“We’re not going to sit around. We won’t wait on no coward that has an obligation to fulfill but ran away from it.

“We’re not going to sit around. We got to get back in the ring. I got a lot of fans looking forward to me stepping back into the ring and doing what I do best.”

Clearly, nothing is going to plan right now. Therefore, Wilder considering lobbying the WBC for the first crack at the bridgerweight strap has to be an option.

WBC President Mauricio Sulaiman recently told Sirius XM that he wants to know where Fury is at with Wilder mediation and possible talks with AJ.

Deontay Wilder favors the WBC and would almost certainly be sanctioned for a vacant title shot if Fury has already moved on.