To the fans’ delight, Oscar De La Hoya has offered ex-foe Floyd Mayweather the chance to make one of the best lightweight fights out there.

The trouble is, when taking to social media with his intention to discuss the possibility of Gervonta Davis vs. Ryan Garcia, De La Hoya tagged the wrong person.

The ten-time world champion actually asked Mayweather if he’s ‘down’ for Garcia to fight ‘Tank’ – an R & B singer.

Davis has the moniker ‘Gervontaa’ or ‘Gervontaaa’ on his channels. Therefore, De La Hoya’s advances backfired.

It comes on the back of ‘King Ry’ blasting out Luke Campbell in seven rounds last Saturday night.

Garcia asked his fans: “Ryan Garcia vs. Gervonta Davis, this is what you want?? Cause if it is, let the world know it’s about to go down!”

Hashtagging ‘2 Rounds’ shows Garcia has new-found confidence after his breakout victory over the Briton. 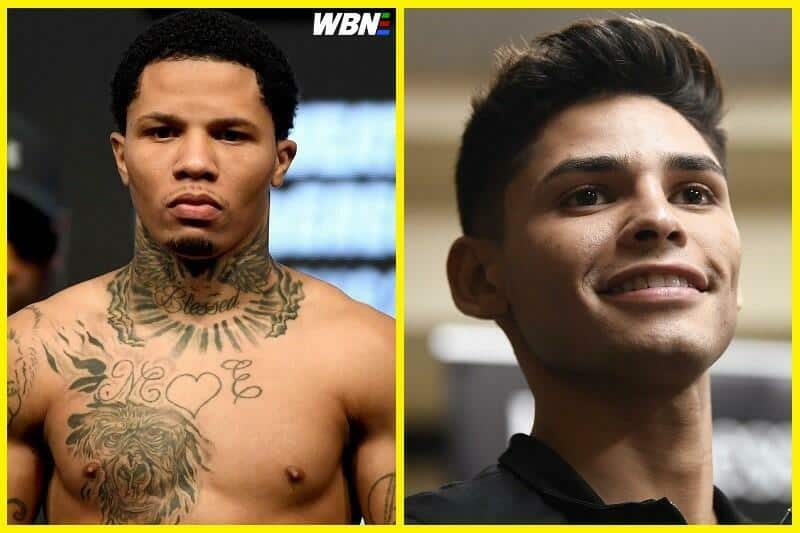 Speaking after the win, Garcia singled out Davis and Devin Haney.

“This fight, I fought an Olympic gold medallist. Pound-for-pound at the time, Lomachenko couldn’t stop him. Linares dropped him but couldn’t finish him. I showed today that I’m special.”

On being the interim WBC champion and lined up to fight Devin Haney, Garcia added: “Devin Haney, he is going to be that opponent, of course, I want to fight him.

“I want to fight Tank first, of course.

The lightweight division is on fire right now due to four young, American-based, and highly-talented fighters vying for position.

Garcia and Davis are joined by Teofimo Lopez and Haney in a four-person bracket that promises to breed several high-profile match-ups.

Lopez leads the way with four world titles in his possession. While Haney has had a job trying to convince people he’s the real WBC champion.

There’s only one way to find out.