Ryan Garcia couldn’t have done much more than he did on Saturday night but still ended up being labeled ‘The New Amir Khan’ for his trouble.

The American star came through a tough test with flying colors on top-billing of a DAZN offering on both sides of the Atlantic.

‘King Ry’ entered the ring with his crown already on display. Soon after, he was downed in the second round and for the first time in his career.

Not known in the UK as the biggest puncher in their ranks, Luke Campbell dropped Garcia to put the cat amongst the pigeons.

Despite Garcia picking himself up to come back in style and finish Campbell with a superb body shot, the knockdown gave some British fans ammunition.

Taking to social media, they decided to nickname Garcia as ‘The New Amir Khan’ ahead of some big bouts to come in 2021.

The monicker eludes to Khan, also nicknamed ‘King,’ having been down on a few times in his career and subsequently looked at as having a weak chin in his home country.

“He’s got a worse defense than Amir Khan. As soon as he fights someone with decent power, he’s done,” said one. 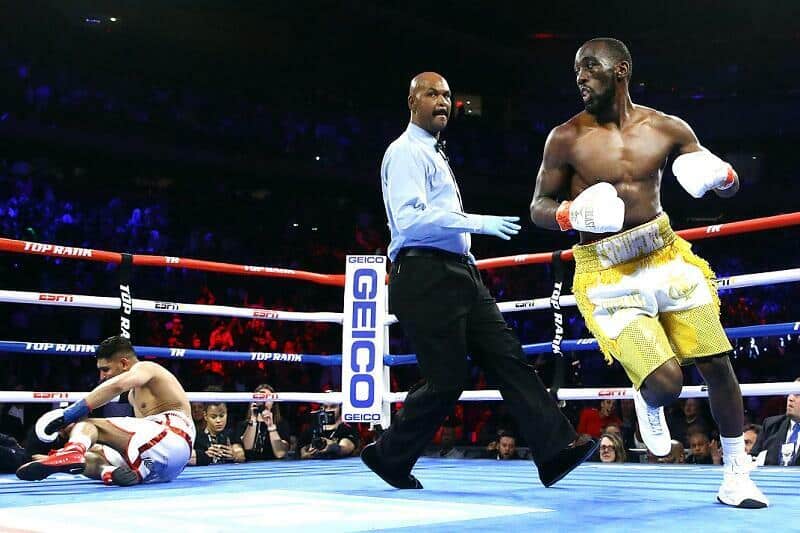 “Anyone else getting Amir Khan vibes from Ryan Garcia? Lightning quick hands save him, but he is too open. A top fighter will drop him.”

“Seen plenty of comparison between Ryan Garcia and Amir Khan pre-fight and during. They’re pretty much bang on.

“Both blistering quick and both offensively gifted. Both are defensively flawed and both like to fight fire with fire when clipped.”

Already linked to battles with heavy-handed champions Gervonta Davis and Teofimo Lopez, Garcia is still only very young at 22.

Campbell was his first real obstacle so far during his career.

Therefore, taking on someone in the ilk of a Jorge Linares next may make a lot more sense for Garcia than either of them.

Linares before a match-up with Devin Haney, both with DAZN, would be the order of the day for the talented lightweight over the coming year.

He did look impressive, though.