Errol Spence has a solid option opening up for his next bout after clashes against Manny Pacquiao, and Terence Crawford went relatively quiet.

The unified welterweight champion is in a great position after defeating Danny Garcia late last year. Calls for a battle against either of the belt holders dominated the aftermath of his victory, though.

Spence taking on Pacquiao or Crawford has taken on a life of its own on social media, but facing another high-profile contender may not be the order of the day.

‘The Truth’ endured a tough fourteen months after coming through a car wreck that could have taken his life.

After beating Garcia in a test of wills, Spence could look at Yordeniz Ugas as his next challenge. The Cuban enjoys his best career spell after running Shawn Porter close and subsequently beating Abel Ramos, Mike Dallas Jr., and Omar Figueroa Jr. in his last three outings.

The fighter himself is well up for a title chance against Spence.

“It’s a good fight. I deserve it. I’m a solid fighter who always comes to fight hard. A warrior committed to his career and his fans,” said Ugas on the possibility of sharing the ring with Spence in the coming months.

Meanwhile, Ugas is still dealing with abuse from those online who see Manny Pacquiao as the real WBA champion.

At present, the 34-year-old owns the unrecognized ‘regular’ version. 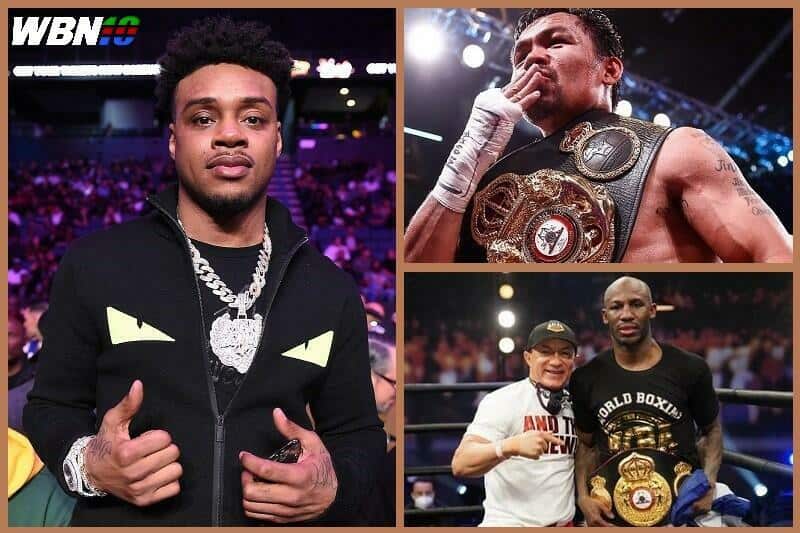 Not one to standby and take it, Ugas reacted to those who recently disrespected him and his sparring partner.

“Forget about people’s comments. Most also said that I would not be a champion,” he pointed out. “The ones who are winning, losing, and bleeding in the sand are us.

“Our team is with you, supporting you, and we still trust you. I can’t wait to get back to my camp and meet up and keep working hard.

“Bro laughs at my losses, hahaha. Since I was born in a communist country, I have the first defeat that does not have professional boxing. We did not even have a television in my house.

“I surpassed myself. I came to another country. Above all, with each defeat, I have risen stronger,” he added.

In regards to Spence, doubters who thought he might never be the same fighter after his accident have been silenced.

Furthermore, the American knows how lucky he is and could have walked away if he chose to do so.

“Tell you the truth. I could’ve retired after my accident and been good. But I’m here for a good time, not a long time,” said the top welterweight on the planet.