Two of boxing’s current light heavyweight stars suffering conflicting fortunes this week as one saw his title defense postponed as the other gained an award nomination.

WBC/IBF champion Artur Beterbiev has delayed his title defense against Adam Deines. Scheduled for Jan. 30 at VTB Arena in Moscow, Russia, the fight is pushed back after being diagnosed with COVID-19.

Beterbiev and Deines were initially supposed to fight on Oct. 23. Beterbiev suffered a rib injury training.

Information about the rescheduled Beterbiev-Deines showdown will come in due course.

Beterbiev (15-0, 15 KOs), the only current world champion with a 100 percent knockout rate. He has not fought since his knockout victory over Oleksandr Gvozdyk in October 2019 to unify world titles.

Meanwhile, Joe DeGuardia’s Star Boxing was pleased to announce that Long Island’s own, ‘The Common Man’ Joe Smith Jr. (26-3 21KO’S) has secured a nod for 2020 Fighter of the Year by the Boxing Writers Association of America.

Smith Jr.’s nomination comes on the heels of a spectacular 2020. In January on ESPN, he dominated then #1 rated light heavyweight Jesse Hart to win the WBO NABO Light Heavyweight Title. 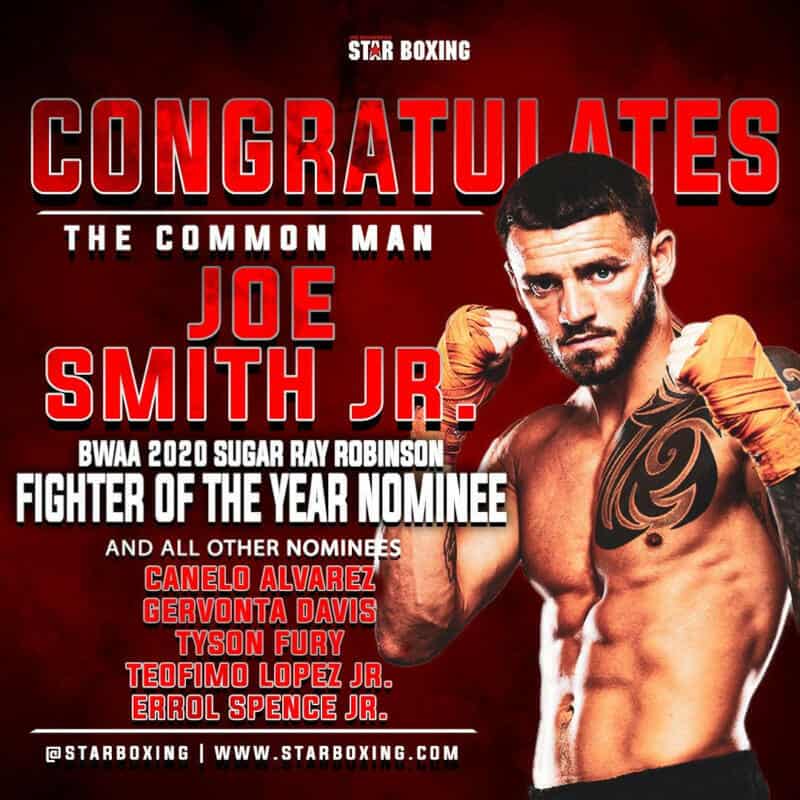 Last August, Smith Jr. would return to the ring once again on ESPN. In a WBO World title eliminator, he beat the then #1 rated light heavyweight and former world champion, Eleider Alvarez.

Smith Jr. would again dazzle boxing fans with an electric 9th round knockout victory, sending Alvarez through the ropes.

It was reminiscent of his 2016 knockout of boxing legend Bernard Hopkins.

Looking ahead to 2021, Smith Jr. wants to fulfill his lifelong dream. He will challenge the WBO Championship of the World on February 13 in the main event on ESPN, against tough Russian veteran Maxim Vlasov.