Deontay Wilder faces an uncertain future if the American heavyweight is unable to secure a world title trilogy clash in the coming weeks.

The pair had an agreement for two more bouts once their first enthralling battle ended in December 2018.

Initially, two encounters were on the table until Fury signed with Bob Arum in the spring of 2019. As that deal was struck, another bout was added to the Fury vs. Wilder saga.

In February 2020, they locked horns again as ‘The Gypsy King’ became a two-time lineal champion in the top division.

Then, as Wilder awaited his chance for revenge, the coronavirus pandemic decimated the world. Waiting around for fans to be present and travel restrictions to be lifted, Fury wanted out of the contract as he stated a six-month deadline had expired.

This is where ‘The Bronze Bomber’ believes his case is undeniable as Covid-19 is an unforeseen circumstance that nobody could have predicted.

Wilder wants to contract to remain valid until a large crowd can be present and both sides can come together amicably to see out their deal.

An outcome is expected by January as Fury attempts to make a fight with British Anthony Joshua. If that happens, Wilder could lose a multi-million dollar payday, and legal litigation and a court case could follow.

That is what is currently trying to be avoided.

WBN offered a solution where Wilder fought Oleksandr Usyk in the co-feature of the first Fury vs. Joshua encounter. But judging by recent UK Pay Per View offerings, a massive double-header of two huge match-ups is highly unlikely to happen. 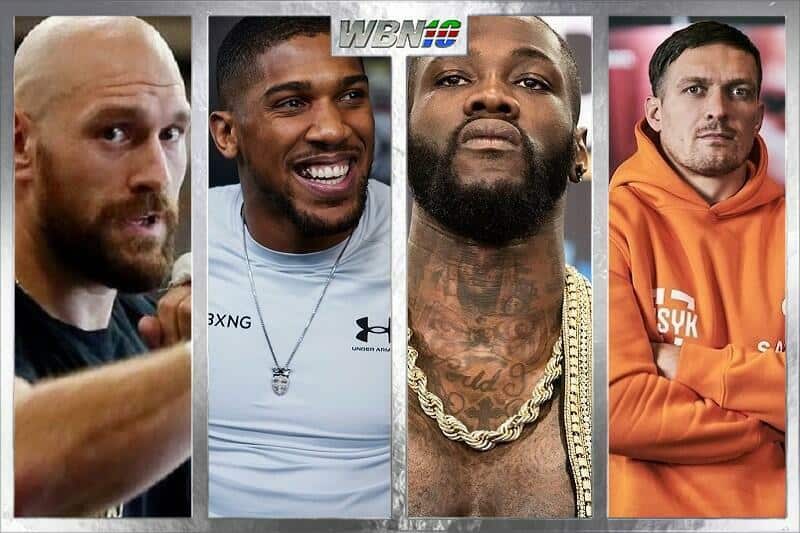 DEONTAY WILDER IN THE COLD

Should Fury break free of Wilder, though, the Alabama slammer could be left in no man’s land.

A world title shot would be at least eighteen months down the line as Fury and Joshua contest the belts in at least two contests.

Options are few and far between for the former WBC ruler, especially in the shorter term.

Former heavyweight king and AJ conqueror Andy Ruiz Jr. makes for the biggest option on the table. But the Mexican-American may not want to go straight into that bout after losing his belts in a rematch.

Usyk is also a solid option, although if Wilder gets pushed out, the Ukrainian will be aiming to tread water until eventually meeting the winner of Fury vs. Joshua.

Barring those two, where does Wilder go? – Is retirement an option?

Ex-rival Dillian Whyte has things to sort out with Alexander Povetkin and is therefore off the table. While Joseph Parker is recovering from injury before a fight with compatriot Junior Fa.

Several other names are up and coming. The list includes Joe Joyce, Tony Yoka, and Filip Hrgovic, but they are nowhere near the US PPV level where Wilder hopes to remain.

Out of the cold doesn’t cut it. As far as losing the Fury fight is concerned, he’ll be forced into a spell in the heavyweight freezer.

That’s how important these next few weeks will be for Deontay Wilder.