The former king of boxing Floyd Mayweather has been credited as Canelo Alvarez finally receives wide recognition for his position as his successor.

Canelo took the plaudits as the Mexican superstar secured five-star status on the WBN Pound for Pound Top 50, only the fourth boxer in history to do so.

Floyd Mayweather, Manny Pacquiao, and two-weight champion Andre Ward are the other three.

Canelo’s honor comes in the same week as two of those three were placed in the International Boxing Hall of Fame.

The 30-year-old will undoubtedly join them as a first-ballot Hall of Famer in the future.

Why is Mayweather getting the credit? The American fought Canelo back in 2013 when the current number one was only 23 years old.

Soaking up his knowledge like a sponge, Canelo learned everything he could from Mayweather before using it to improve himself considerably.

Taking a leaf out of Mayweather’s book outside of the ring, also, Canelo is now in control of his career and wants to shape his whole outlook in Mayweather’s image.

From being the first to announce his fights on social media, Canelo has taken over the Floyd Mayweather mantel to only face top draw opponents.

Following his win over Callum Smith, Canelo is gaining believers that he is the top dog in boxing.

And not content with holding two titles at super middleweight either, Canelo wants more.

“I feel great at 168lbs. I don’t want to fight the scales, and after thirteen months, you can see what I can do.

“This is one of the best nights I have had the most incredible night. I will go for more.

“I want all the belts. It doesn’t matter who has them,” added the best fighter in boxing. 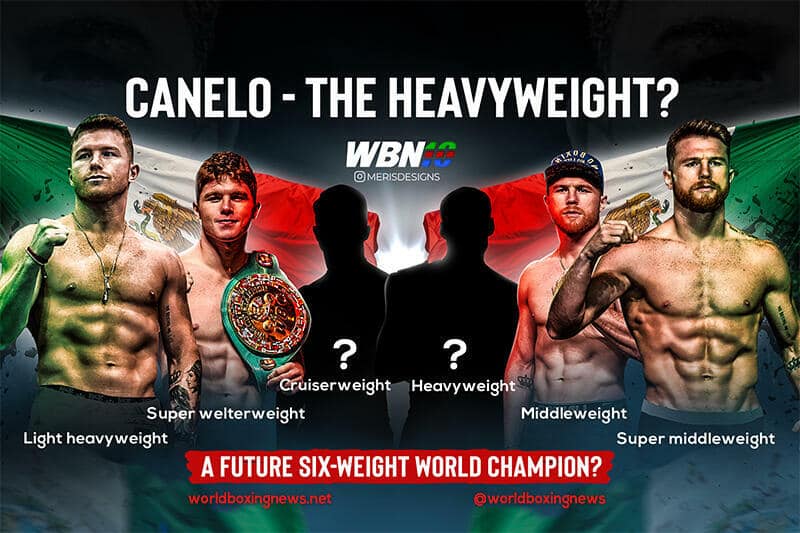 Mayweather won world titles in five different weight divisions. Canelo will surely end up a cruiserweight at some point in the future.

Who would bet against him winning a world title at 200 pounds in two or three years?

Eventually, could we see Canelo – The Heavyweight? – It’s a debate WBN knows well.