The former two-weight world champion, currently living in Australia and unable to witness Conor’s career up close due to Covid, took social media to get his point across.

It came after Benn’s recent victory over Sebastian Formella, a career-best for ‘The Destroyer’ after years of knocks over his ability.

Conor has come on leaps and bounds since a scare against Frenchman Cedric Peynaud. Father Nigel believes the Formella victory proved a big point.

He wants his son looking for a top-level opponent after Smith suggested a British title fight with Chris Jenkins.

The Welshman currently holds the Commonwealth and UK versions of the welterweight strap, although Benn is having none.

“Conor does not need to look at people like Jenkins,” Benn told Smith forcefully. “Looking at him means he’s going backward.

“Conor needs to look to Las Vegas and then Shawn Porter. But I don’t know why we keep talking about the British title.

“I did not fight for the British. I had other plans, like Conor.” 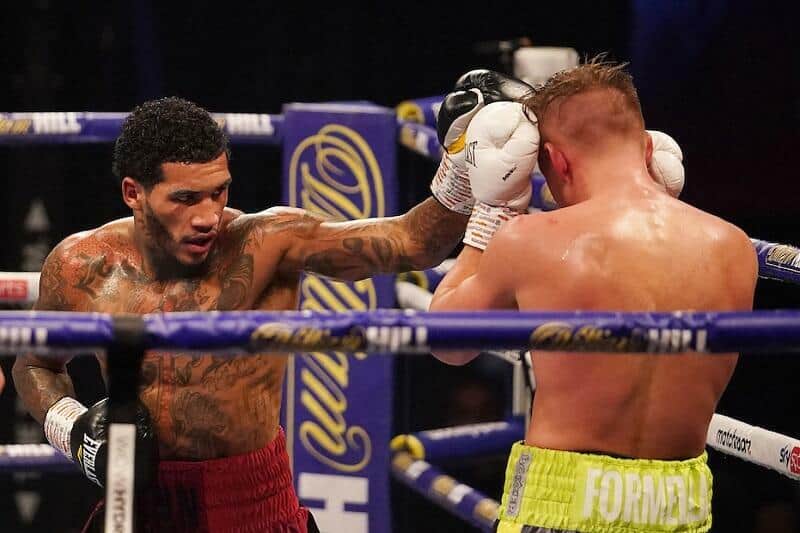 ‘The Dark Destroyer’ also added his thoughts on some of the commentary offered by Sky Sports when discussing his son’s ability.

“Let them other British fighters find their own path. None of you really gave Conor a chance.

“Saying this might be a bit too far, but I wish I was the commentator. Sebastian was out of his not depth, not Conor. He did a better job than Shawn Porter (with Formella).

The fighter himself agrees with his dad and is now looking for big challenges in the coming year.

“I’ll do what needs to be done in that ring to get the win!! They said this fight was a step too far. He was too experienced.

“I’ll match and better whatever my opponent brings to the table! Every time!

“Big 2021 pending. I got some big international names I want to mix it with early next year,” said Benn.