It’s been over two years now that everyone in boxing has been forced to live without former world champion Nathan Cleverly and his infamous Twitter account.

In the summer of 2018, WBN waited with anticipation for Cleverly to put out his next social media post.

In June of that year, worried fans speculated whether Cleverly had been hacked as his activity went from the mundane to the ridiculous in a flash.

Eventually, and for a few weeks, the Welshman’s account was one of the most keenly followed in the sport.

The ex-light-heavyweight ruler once famously called himself ‘The King of Wales’ and told his followers to address him as ‘Maximus’ in homage to the movie Gladiator, starring Russell Crowe.

Without a doubt, one of his best efforts was a question which must now be on the cusp of everyone’s lips since.

That summit tweet from Cleverly came on the back of ‘Clev,’ unfollowing all his boxing personnel and switching to just a Bible group.

Then. he began an eyebrow-raising rampage of tweets that nobody could make head nor tail of. Questions were raised as to who was controlling the ALL CAPS tweets.

Whether it was down to Cleverly’s early retirement and was just a phase remains a mystery. Stepping away in August 2017 at the tender age of 30, Cleverly has never spoken openly about his social media or the end of his career.

Not once has he even mentioned a return.

This media blackout could be concerning for some as the usually outspoken Cleverly did entertain during his career, especially with his grudge against Tony Bellew.

Starting his rants with the awesome effort, ‘ANY HATERS OUT THERE YOU BUNCH OF W******?’ – lots of followers had grown to love Cleverly for his balls to say what he felt. 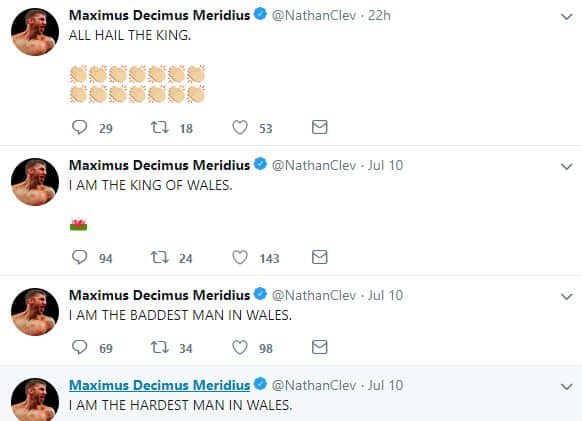 Not to mention the “I am a w*****. I’m sorry’ and ‘I’m the most intelligent fighter on the planet’ follow-ups.

The ‘Unbreakable’ one gave all a belly laugh when he stated how he wanted to be addressed.

‘In future correspondence, can you all please refer to me as The King, please? Thanks in advance. Kindest regards, The King,’

And his ‘I’m the most successful journeyman in boxing. Period.’ Which was his pinned tweet until mentor Enzo Calzaghe sadly passed away in September 2018.

Since his summer of fun, Cleverly offered only two more epic tweets. Both didn’t disappoint. 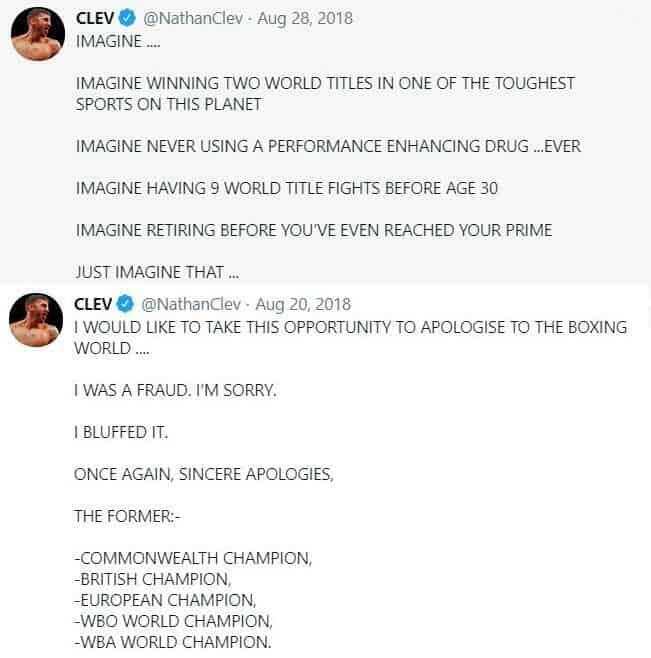 With posts like that, there’s plenty to miss about the radio silence since.

Bring back ‘The King of Wales!’ – We certainly needed Nathan Cleverly during the pandemic lockdown.