Callum Smith, the current super-middleweight star attempting to avenge his brother’s loss to Canelo Alvarez, sees himself knocking out the Mexican.

Speaking with just a short time left before the fight, the Liverpool man discussed a range of topics, including his plan for a KO.

‘Mundo’ puts his WBA and lineal title on the line against Canelo in Texas this weekend, an opponent his family, knows well.

Canelo stopped brother Liam in a previous battle back in 2016, and younger sibling Callum could be the sixth Briton to be defeated by the pound for pound king.

Smith covered plenty of subjects when speaking to Sirius XM’s Ak and Barak Show this week.

“The longer the week goes, you just want to get it going,” said Smith. “But I’ve got a great team around me. They are providing me with great balance. 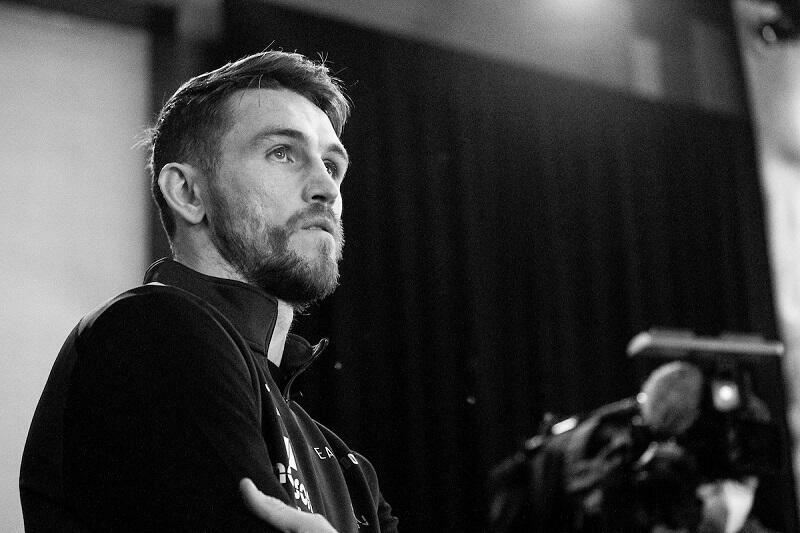 “I’ve learned over the years that I can’t be thinking about the fight 24/7. But I definitely envision myself knocking Canelo out.

“I know he’s a good fighter. I won’t go in there hunting a KO. You have to believe you can knock your opponents out. I’m prepared and believe I’ll win.

“I have a big size advantage. This is the most height Canelo has given away.

“And just like we’ve seen with Loma vs. Lopez, there’s only so much size you can make up for,” he added.

More from Smith prior to Canelo on:

• Compared to his old UK rival, they have similar size but believes he’s a better fighter.
• Throughout camp, the game plan changes. Not going to change anything now. It’s about executing this weekend.
• Doesn’t have just one plan, has to be ready to make adjustments.
• Feels like the champ in this fight but also a challenger going into Canelo’s backyard.
• Has to be fully focused on the task at hand. It’s good to have some fans back even though they’ll mostly be rooting for his opponent.
• This is a huge fight, and you do have the revenge factor as far as his brother is concerned.
• Hoping to win this weekend and get back to full capacity crowds in the future.
• Plant has a belt, so fighting him makes sense. Open to fighting both he and Benavidez.
• Plant’s probably got more skills than Benavidez, but the latter carries more power.
• Garcia-Campbell is an excellent fight. This is a good test for Ryan. We’ll see how good he actually is.