Golden Boy President Eric Gomez put out the feelers on a possible exhibition between Mike Tyson and Oscar De La Hoya over the weekend.

Gomez dangled the lucrative carrot as De La Hoya, the company’s current Chairman and CEO, continues to train for a comeback.

Stumbling blocks about the weight immediately come to mind. Although with Floyd Mayweather giving up fifty pounds for his YouTuber bout next February, anything goes.

Tyson scaled 220 pounds for his recent draw with Roy Jones Jr. in Los Angeles. De La Hoya used to fight as high as 160 pounds during his heyday.

Nowadays, he walks around now on the wrong side of his mid-forties at much higher.

De La Hoya, a peak fitness at 47, would weigh around the super middleweight or light heavyweight limit should Tyson accept any advances.

It seems either De La Hoya is interested in joining Tyson’s ‘Legends Only League’ or wants in on collaboration with Triller and DAZN.

Whatever the case may be, Tyson vs. De La Hoya is two huge names sharing a boxing ring. 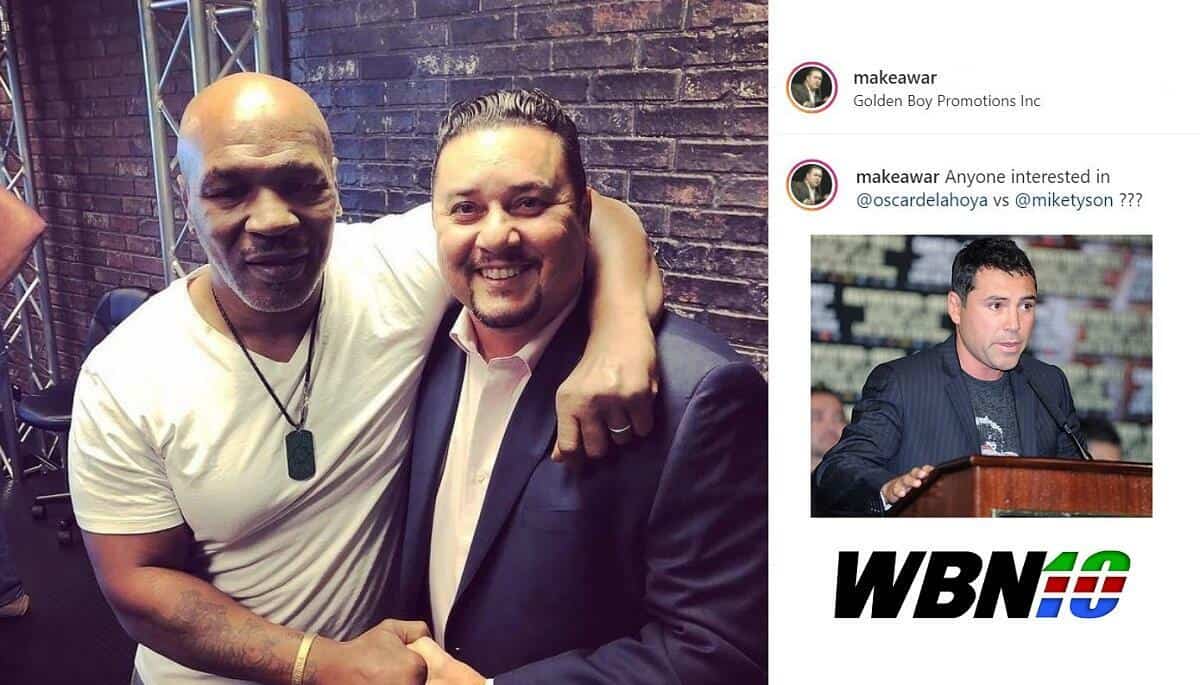 We all know about Mike Tyson’s achievements from the build-up to his battle against Jones. The youngest ever heavyweight champion was also undisputed at his peak in the 1980s.

Turning pro on the back of gold at the 1992 Olympics in Barcelona, De La Hoya won ten world titles in six weight divisions.

After Tyson retired in 2005, De La Hoya followed ‘The Baddest Man on the Planet’ as the king of Pay Per View. A two-year run.

‘The Golden Boy’ remained there until Floyd Mayweather defeated him to take the crown on Cinco de Mayo of 2007.

So, could the two biggest PPV names through their respective careers face off in a handicap match-up?

If so, De La Hoya could also be mimicking Mayweather by giving up half a hundredweight.

At present, it seems to be a tentative test of fan reaction. But in today’s world, you would be against it getting over the line in 2021.