Boxer turned Bareknuckle, and OnlyFans star Tyler Goodjohn enjoyed a victory on his American debut over the weekend – albeit controversially.

The British fighter shocked the combat world over the summer by choosing to go explicit with his social media. It came on the back of his girlfriend at the time doing something similar.

She would regularly guest Goodjohn on her paid platform, eventually leading to the fighter starting up his own channel.

If you haven’t yet seen it, the content is the same as Goodjohn competes, no hold barred.

Goodjohn was tipped to leave punching people in the face behind until announcing his intention to return earlier this year.

On Friday, fighting in Biloxi, Mississippi, after a Covid scare almost scuppered his bout, Goodjohn took on ‘Felony’ Charles Bennett at BKFC 15.

Dropping Bennett first, Goodjohn hit the canvas himself in the fourth, but it was ruled a slip.

Further fights on US soil are planned for Goodjohn in the future as he attempts to expose himself to a new audience, pardon the pun. 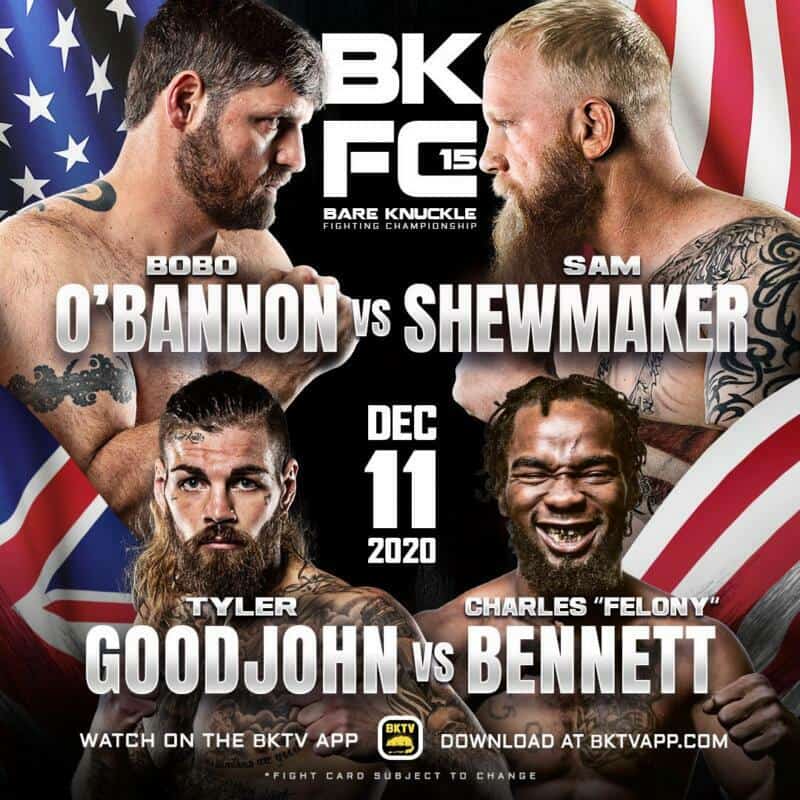 A talented and popular competitor, Goodjohn seems able to juggle both.

“I haven’t done anything for quite a while as I’ve been training for the fight, but in my off-time, I will be returning to that.

“I love where I’m from, but at the end of the day, if you’re going to make something, this is where to do it,” he told the elystandard.co.uk.

Getting back to BKFC 15, headliner Sam Shewmaker defeated late substitute Bobo O’Bannon. He was originally due to face Mark Godbeer in the main event.

Shewmaker had O’Bannon down three times in the first session and finished him off soon after.

“I felt great. I’m back, baby, I’m back!” Shewmaker told BKFC after his triumph. “I’m hungry. I’m ready for that strap!

“Joey Beltran, where are you, bud? Get up here!”