A shortlist of three favored names has been revealed above Canelo Alvarez as possible opponents for the returning Oscar De La Hoya in 2021.

WBN was handed the list by a bookmaker, mybookie, who believes Sergio Martinez could be in the opposite corner to De La Hoya next.

The Argentine himself made a successful comeback from a long ring absence and would seem an ideal foe for ‘The Golden Boy’ to trade blows with.

Behind Martinez, speculation is mounting that Irishman Gary O’Sullivan is on a shortlist for De La Hoya. ‘Spike’ currently has strong ties with Golden Boy Promotions dating back years.

Finally, the third choice ahead of Canelo on the fractions roll call is Sergio Mora. ‘The Latin Snake’ is a former WBC middleweight champion.

Whoever is called up will be in for a money-spinning payday as De La Hoya scouts around for a similar platform to Mike Tyson vs. Roy Jones Jr.

Tyson vs. Jones is expected to crack the all-time United States Pay Per View top ten when the final numbers are crunched.

At present, streaming service DAZN is likely to broadcast a show packed with entertainment, music, and social media influence. 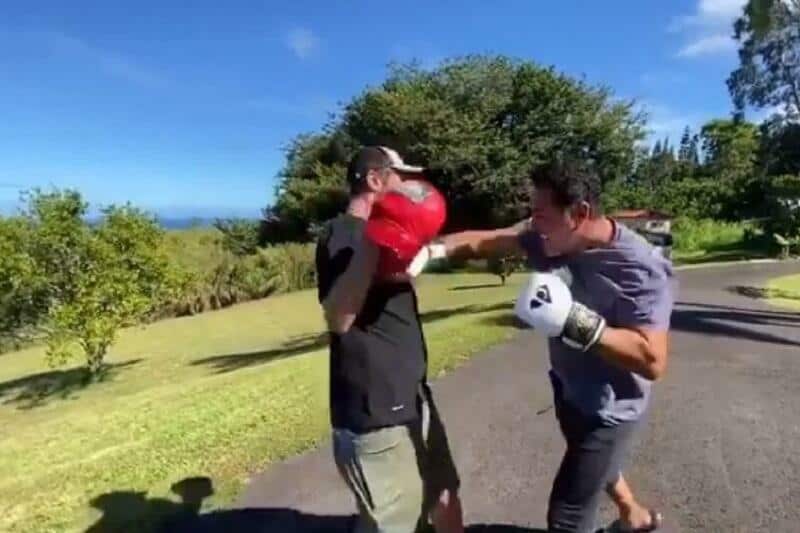 Below is the mybookie odds list for DLH’s next bout.

Speaking to Sirius XM last month, De La Hoya named Gennadiy Golovkin as a shock target. Many in the boxing fraternity scoffed at the notion.

“I’ll have a final decision when it comes to my comeback shortly. I’ll be fighting in the first quarter of 2021. Opponent to be named soon.

“I’m inspired by Mike Tyson and Roy Jones Jr. when it comes to staying in shape, being healthy, and fighting again,” he added.

On when he may return, the promoter told DAZN he’s looking at early 2021.

“I’m 90 percent positive that I’m coming back the first quarter of next year,” said the 47-year-old who hasn’t fought for over a decade.

“Once I’m 100 percent sure you are going to be very surprised by who I want to fight.”