Channel 5 to broadcast action from all bouts on Eggington-Theophane

Mick Hennessy is thrilled to announce that broadcaster Channel 5 will televise all of the fights on his event tonight (Friday 11th December) from the Fly By Nite TV studio in Redditch.

The show starts live and free on Channel 5 across the UK at 10 pm and opens with the highly anticipated domestic super-welterweight showdown between Sam Eggington and Ashley Theophane.

Action from each of the undercard fights will then be televised in the two-hour slot until midnight. An exciting seven-fight card features: 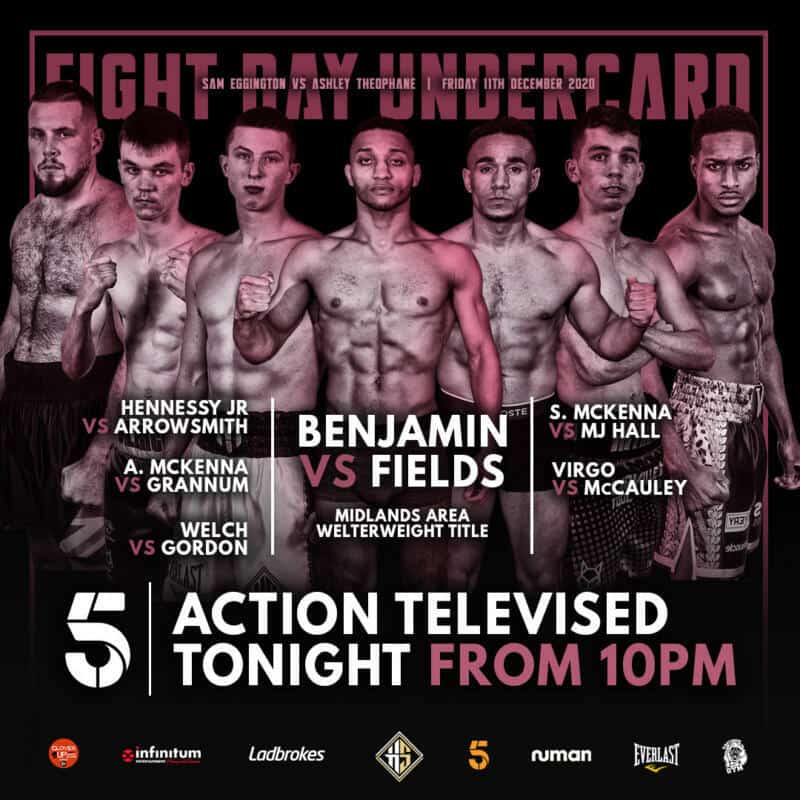 Hennessy is delighted that Channel 5 will broadcast all the fights to ensure fans get to see all the action and drama tonight.

He said, “For fight fans Channel 5 is the only place they need to go for a night of free and live boxing action.

“It’s a real pick ‘em showdown between the battle hardened warriors Eggington and Theophane that has the boxing community divided.

!Also on the card fans will see a fiery Midlands derby between Benjamin and Fields for the area title, new and exciting talents like Stevie and Aaron McKenna.

“Also, the continuing careers of Idris and Michael, plus there’s plenty of curiosity around the pro debut of Tommy Welch to see if he’s like his dad.”