Home » Kubrat Pulev ready for AJ, admits being ‘too green’ for Wladimir Klitschko

Kubrat Pulev ready for AJ, admits being ‘too green’ for Wladimir Klitschko

Kubrat Pulev is ready to rip away Anthony Joshua’s world heavyweight titles after admitting he was too inexperienced for his first shot against Wladimir Klitschko.

The Bulgarian brute challenges Joshua as the IBF mandatory this weekend in London, knowing at 38 he’s far more equipped for the job.

Pulev was beaten in five rounds by a solid knockout blow from Klitschko and has waited a long time to get another chance.

In November 2014, Pulev was touted as a possible successor to Klitschko until it all went wrong at the O2 World Arena in Hamburg.

On what he took from the crushing defeat, Pulev was honest with his response.

“I learned many, many lessons against Klitschko,” Pulev told Marc Gatford via the Betway Insider blog. “Looking back, I had the wrong strategy.

“I didn’t hold my distance. I made so many mistakes.

“It was almost like a comedy because I was unable to show what I was capable of doing to Klitschko. Let me tell you that it will not happen again.” 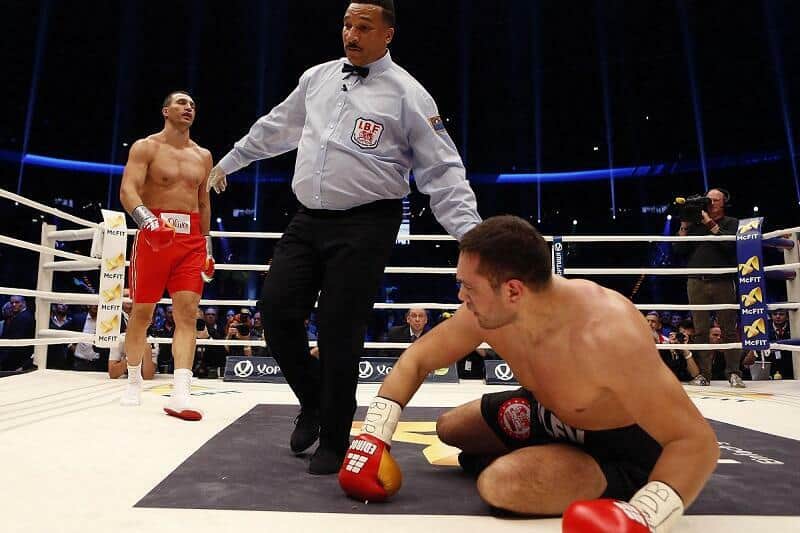 He continued: “I was too green to be at the world championship level. I wasn’t ready, period.

“I could have gone 25 rounds physically, but I was too green to be on the big stage. But it was a learning experience, and now I’m ready.

“The experience I’ve added over the years will be priceless.”

Talking about the issue with fans being present, Pulev added: “For sure it will be to my benefit if there are (not many) fans because we all know how loud they are.

“Eighty-five percent would have been British (if Joshua had a stadium full).

“But my focus and knowledge and ring generalship wouldn’t have been affected that much because I am focused on what I need to do in the ring.”

The original interview came via the Betway Insider blog, where you can find all the latest sporting insight and tips.

Joshua is a huge favorite to retain his championships on Saturday night and send Pulev possibly into retirement.

Furthermore, should AJ be successful, a huge collision with Tyson Fury awaits in the coming year.