World heavyweight champion Tyson Fury is officially the most Google trending boxer on the planet for 2020, beating returning legend Mike Tyson to the nod.

Third overall on the yearly athlete spikes, it’s some achievement for Fury.

Obtaining the data on Wednesday, World Boxing News was one of the first sports websites to access the coveted list.

Since then, Fury has kept himself in the limelight with a combination of his own social media activity and derogatory comments from Wilder.

Defeating the American in February, Fury has been accused of cheating by Wilder in more ways than one since then.

All have been denied and branded mere conspiracies by Fury’s team.

Regaining the MGM Grand title and becoming the third man ever to win the lineal top division crown twice, Fury is now a household name worldwide.

A spell in WWE also didn’t harm his cause.

Newman and Jordan lead the way ahead of Fury, with history-making NFL Quarterback Tom Brady in fourth. 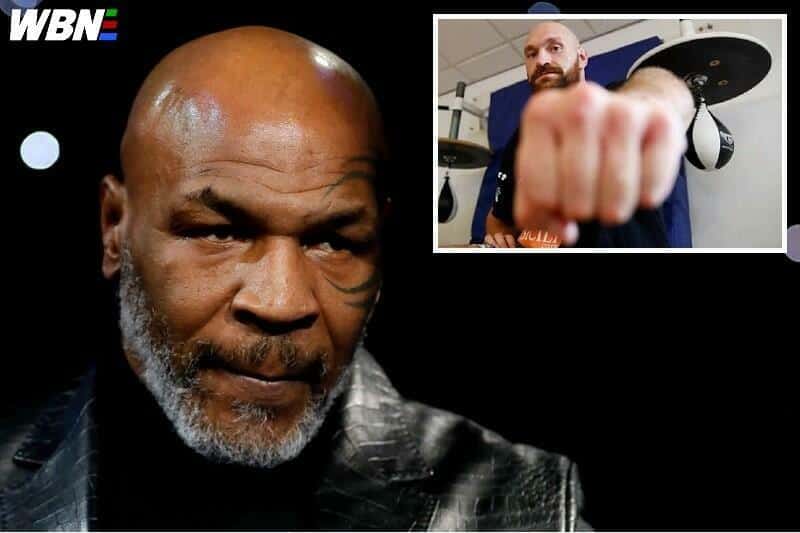 Fellow pugilist Mike Tyson is in fifth globally despite beating Fury on the United States list.

Footballer Luis Suarez, who moved from Barcelona to Atletico Madrid in 2020, takes the sixth position.

Alex Zanardi, Delonte West, Drew Brees, and Chelsea and Brazil defender Thiago Silva round off the rest of the places.

It’s quite an accolade for Fury in a year when a pandemic hit, and he only fought once during a calendar twelve months.

That solitary win over Wilder was enough to keep Fury in the headlines all year round and cemented his place as a bonafide superstar.

Hi this is Tyson fury the gypsy king, this is a message for the @bbcsport and there spoty award, please take me off your list as I’m the people’s champion and have no need for verification or any awards. I know who I am & what iv done in sport. I have the love of the people… pic.twitter.com/iwNYblTZG4

Fury also received a British Broadcasting Corporation Sports Personality of the Year nod on home soil in 2020 but subsequently refused the nomination.

The BBC has since vowed to keep Fury on the SPOTY nominees despite a plea by the WBC ruler not to vote for him.

“Hi, this is Tyson fury – ‘The Gypsy King’ with a message for the BBC and their SPOTY award. Please take me off your list as I’m the people’s champion and have no need for verification or awards.

“I know who I am and what I’ve done in sport. I have a love of the people,” he said.

The Briton is waiting for after December 12 to announce his next move. Furthermore, a massive clash with Anthony Joshua hangs in the balance.