Rapper Snood Dogg is deadly serious about his involvement in boxing after taking up commentary duties for the recent Mike Tyson Pay Per View.

Signing a revolutionary deal to be part of a series of PPV’s similar to the Mike Tyson vs. Roy Jones Jr. exhibition in the aftermath, Snoop Dogg is a firm part of ‘The Fight Club.’

The new venture will see up to eight shows a year broadcast on Triller and see Snoop take the sport to the next entertainment level.

Music, boxing, and celebrity will go hand-in-hand with Snoop at the helm as the company’s face and driving force.

Discussing the forthcoming kick-off, Snoop is ready to bring something special to fight fans.

“I have been involved in many events across many platforms. But Saturday night (November 28th), which marked the launch of Proxima’s ‘The Fight Club’ league, was in the top five of my entire career,” said the multi-platinum selling artist and film star.

“We are changing the entire game. Boxing will never be the same, and the audiences expect a new standard now.

‘The Fight Club’ is that standard,” added Snoop. “Ryan and I have worked together for over a decade on many things. But this takes the cake.

“It was like watching a Tarantino film, the Super Bowl, Rocky, and Woodstock all in one!” 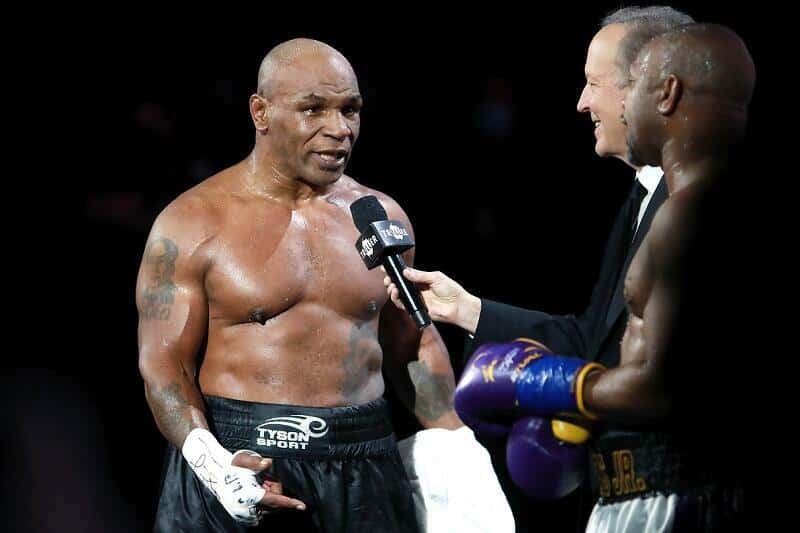 The Ryan Snoop talked about is Ryan Kavanaugh, Triller head, and the man who put his brainchild into practice.

Kavanaugh is aiming to continue the success of Tyson vs. Jones.

“We decided we wanted to change it all up. This is a sport that deserves the highest quality of production. We spared no expense to put twenty-one cameras in the Staples Center.

“It provided audiences with a 360-degree view,” pointed out Kavanaugh.

“Our team worked tirelessly to create lighting that highlighted the fighter’s presence in the ring, ensuring not one punch was lost.

“We treated the event like the set of a film, an award show, and a pro-sports event all in one because we wanted to produce something that had never been done before.

“This is just the beginning. The world won’t believe our next line-up; I can hardly hold it in — it’s so exciting.”

Tyson vs. Evander Holyfield III is already rumored to be in the pipeline for ‘The Fight Club’ next.

Following on from the infamous ‘Bite Fite,’ Part three would see a 54-year-old Tyson squaring off against Holyfield, 58, over two decades on.