Manny Pacquiao has once again missed out on a lucrative rematch with Floyd Mayweather as his rival chose to fight on a paid celebrity greeting app.

The Filipino Senator had been promised a shot at Mayweather back in 2019 when Saudi Arabian talks were looked into.

That was before the pandemic hit. Since then, the ‘Pacman’ has never been near Floyd Mayweather’s lips.

Mayweather, the man who can’t stay away, is coming back to the ring for another outing early next year.

The former pound for pound king has linked up with Fanmio for a ‘super-exhibition’ despite clear Pacquiao interest in renewing their rivalry.

Confirming the news via his usual Instagram method, Mayweather is eyeing one million-plus pre-sale Pay Per View buys before the end of December.

Japanese talks with RIZIN, the company he fought for on New Year’s Eve of 2018, fell apart due to logistical reasons involving the virus.

Mayweather, 43, had originally stated his intention to remain retired and train fighters in Las Vegas. But it seems the itch is just too much, and the American needed to scratch it.

The lure of a massive paycheck will obviously have something to do with it too. 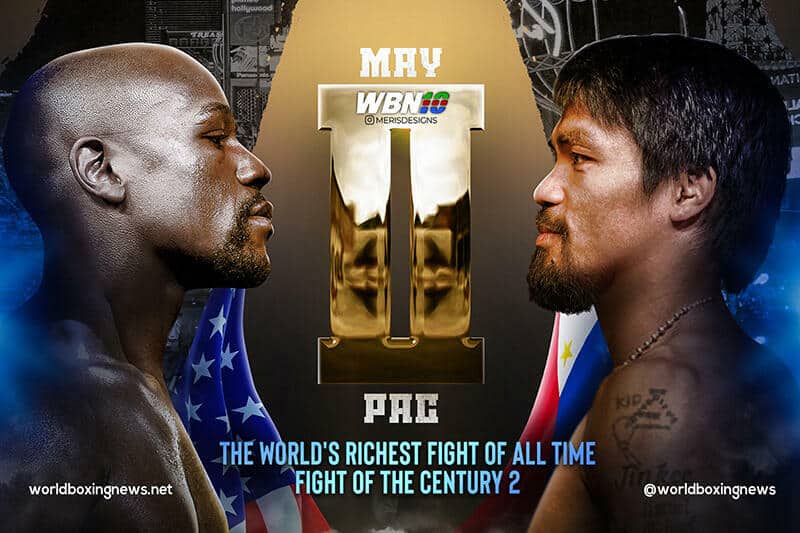 ‘Money’ beat up the smaller man and took him out to earn more than $4 million per minute for his trouble.

Something similar is firmly on the horizon come February 20th.

The decision by Mayweather is a firm kick in the face for Manny Pacquiao. The ‘Pacman’ had waited over a year to find out whether Mayweather wanted to fight again.

Pacquiao was due to build on an exceptional win over Keith Thurman last July. A win that earned him the WBN Fighter of the Year Award for 2019.

Plotting a fight on his usual April slot, Mayweather announced on social media that he would come back just two months prior.

This could have easily affected Pacquiao’s future choices and made the 41-year-old think again.

Not to be for Pacquiao, though. Mayweather bided his time before going off in an entirely alternate tangent.

Mayweather’s latest venture certainly doesn’t have the same ring about it as a multi-million dollar rematch with Pacquiao. At the same time, Mayweather would admit himself that he has changed his outlook.

It’s all about making smart moves for the five-weight world title-holder these days.

Therefore, taking home another big payday for as little work as possible makes the most sense.

The MayPac saga will have to be confined to the record books permanently.