Fans face an unsettling wait to see Manny Pacquiao facing Conor McGregor in 2021 as both fighters continue in their own respective battles.

Pacquiao uses his Senatorial duties to keep him occupied in the Philippines following natural disasters in the area.

The eight-weight champion is also kept busy because his push for the Filipino Presidency gets closer and closer for 2022.

But in the meantime, a usual date of April is looking increasingly unlikely. Unless something is put in place soon, Pacquiao will have a big decision to make.

The McGregor event will hang in the balance as Pacquiao will have to put his WBA welterweight title on the line at some point.

World Boxing Association President Gilberto Mendoza will have some sympathy over the pandemic. At the same time, Pacquiao won’t have defended it in two years unless he gets out in the spring.

Further, into 2021, the ‘Pacman’ regularly competes in either July or December due to his political duties. Therefore, McGregor would have to happen on one of those two dates.

This leaves little wiggle room for a championship fight with the WBA strap on the line.

It’s becoming increasingly likely that Pacquiao will have to give up the belt. 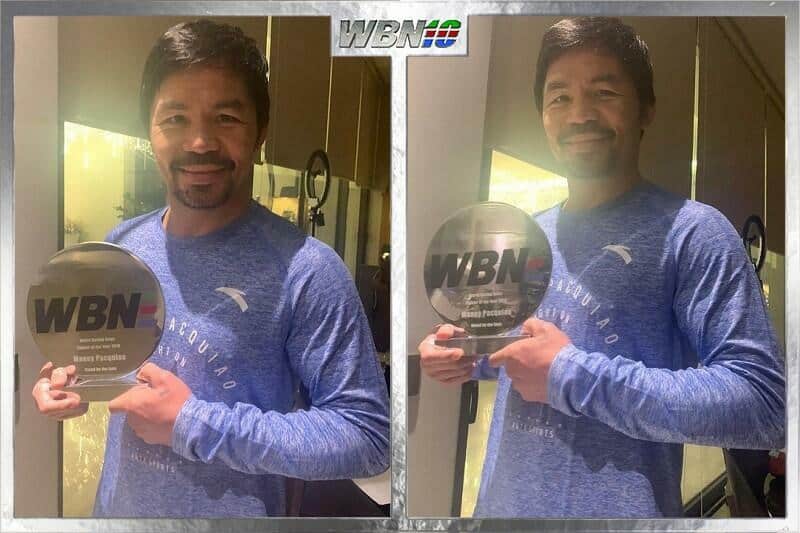 Representative Sean Gibbons was at a loss to explain the next move when speaking to the Philippine media on Thursday.

“You know what? I wish I had something. The latest is that he’s out helping the Philippines’ people.

“He’s doing a great job during this pandemic.

“Hopefully, next year, we get something going for him,” he said.

Covid-19 has played havoc on everyone’s timeline, but Pacquiao needs to move fast if he wants to fight in Las Vegas this coming April.

McGregor has already arranged his interim bout as the Irishman prepares for a second encounter with Dustin Poirier on January 23.

Despite retiring (again) over the summer, ‘The Notorious’ will headline at UFC 257.

A victory there would lead nicely into the Pacquiao mega-fight.

As things stand, nothing is set in stone as both men continue to do their own thing.

Opponents for Pacquiao have been touted for months on end. Mikey Garcia, Yordenis Ugas, Shawn Porter, and Floyd Mayweather are just a few.

The Mayweather ship seems to have sailed until Pacquiao is no longer a champion. While Garcia, Ugas, and Porter would merely be starters for the main course against McGregor.

We wait for more from the WBN Fighter of the Year for 2019.