The experienced promoter is backing the IBF mandatory challenger to dethrone AJ and ending any talk of a Fury battle.

“Crowd or no crowd, we are coming to AJ’s backyard to claim the titles. Come December 12. There will be no more excuses or delays.

“I guarantee that it will be an epic battle and that Kubrat will stop AJ inside the distance,” said Wirt.

Meanwhile, Joshua’s representative, Freddie Cunningham, believes Joshua will be as well prepared as ever for the challenge.

“Anthony again shows his willingness and desire to chase the undisputed title with another tough mandatory fight,” said Cunningham.

“Despite the challenges of making a fight of this scale during these times, it is important for AJ to keep momentum.

“It will be an exciting way to end the year and unique in every way.” 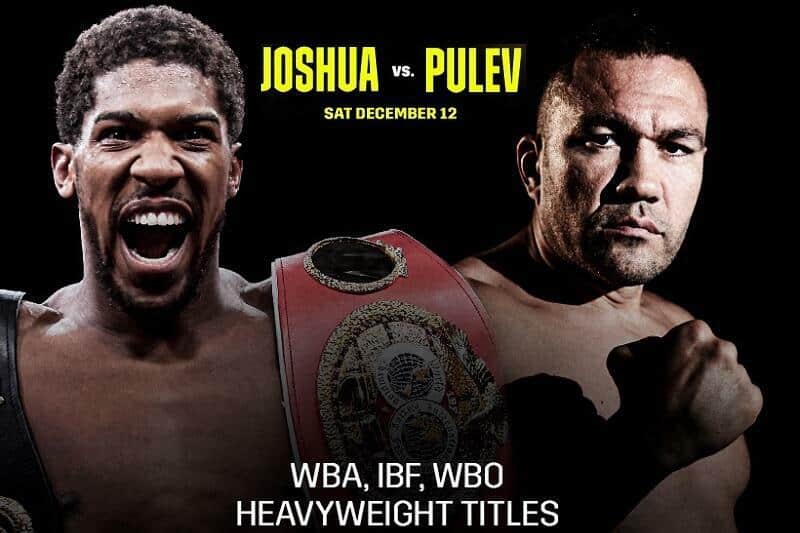 Adam Smith, Head of Sky Sports Boxing Development, is obviously backing his man to do the job.

“Anthony Joshua returns to the ring, a year after recapturing his World Titles from Andy Ruiz Jr.

“Britain’s Unified World Champion will be determined to reign supreme in a hotly-contested Heavyweight division,”

“Kubrat Pulev has proven pedigree, with just that sole defeat to Wladimir Klitschko, and he’ll be hoping to send more shockwaves through the sport with an upset victory.

“I know that AJ has been training tirelessly, priming his explosive power for another night of fireworks.

“Tyson Fury will of course be watching – as an Undisputed World Title fight is within touching distance – and AJ cannot afford a slip-up in a blockbuster ending to the boxing year.”

DAZN EVP Joseph Markowski added: “We’re thrilled to bring the Heavyweight Championship of the World to all DAZN subscribers.

“AJ-Pulev will have major consequences for the entire boxing landscape as both men aim to end the year emphatically.”

Joshua vs. Pulev is just eleven days away. Sky Sports Box Office televise in the UK. DAZN in the USA.