Before watching the weigh-in for Mike Tyson vs. Roy Jones Jr., I was mainly on the fence about the whole idea of both men returning to action.

Instagram videos and sensationalized promo pictures of Tyson had many excited about his imminent comeback. But having seen it many times before, I have to admit I was skeptical.

Their former selves’ shadows carried on boxing too long and made a mockery of the heavyweight division in the recent past.

Oliver McCall was the major old-timer to stick out of memory.

Regarding Tyson vs. Jones, the scaling was the turning point for me. Looking tired and not as in shape as some photoshopped snaps beforehand, it seemed to be a money-grab situation for producers Triller.

Having witnessed the fallout and reaction to Tyson’s performance, I have no qualms in admitting I was wrong.

Mike obviously took this fight very seriously and loved every minute of it. Fans old and new enjoyed seeing Tyson for at least one more fight.

Despite controversy in the draw result, as many thought Tyson won over eight rounds, both legends walked away unscathed.

Tyson vs. Jones was primarily a success apart from gripes with the undercard and the Pay Per View price. But let’s hope it’s a one-off. 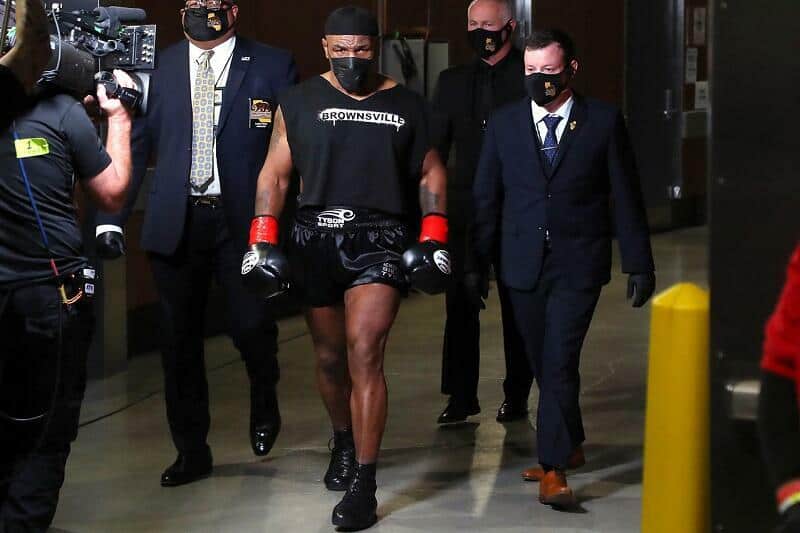 We don’t need a plethora of former stars now believing they could do similar. For starters, Tyson is a complete anomaly.

We know that Jones Jr. was chosen because he was active not so long ago. That was a wise move to give the event more kudos.

But wheeling out more fifty-somethings who maybe won’t be as professional as Tyson could be a recipe for future disaster.

Controls have to be in place, undercards need to be improved, and conditions must be tightened if it happens again in the future.

This isn’t a celebrity boxing situation, which the Tyson vs. Jones event had more than a whiff off.

If Tyson is to continue or arrange further showcases, listening to feedback will be critical. We don’t want standards slipping lower and eventually causing a disaster.

In a nutshell, Tyson and Jones Jr. have pulled it off spectacularly. Therefore, there’s no need to overwork the dough on this one.

Congratulations to both champions. A job was well done!