Floyd Mayweather, Manny Pacquiao and other boxers who love gambling

Boxing has always been related to gambling in some special way among other kinds of sports. Floyd Mayweather and Manny Pacquiao are two examples.

Maybe this connection is caused by both industries being trendy in Vegas, resulting from frequent sportsbooks and casinos neighbourship.

While the true reason is yet to be discovered, the number of online slots that use boxing as their main theme is constantly growing. So does a list of the best slot games in Canada provided by Best Casinos Canada. It is a collection of reviews on games that drew the most attention of people enjoying spinning the reels.

We have a team of expert reviewers led by Kristi Dosh.

Using her evaluation system, the team checks and rates the games. They are testing the following aspects:

Usually, sport and boxing-themed games attract a lot of attention, as they refer to our reality — Rocky and Mike Tyson have some story behind the fame they achieved (both fictional and real), so playing a game like this makes a player feel more thrill.

Understanding that players enjoy slots with sports and, in particularly, boxing themes, casino game developers made this gaming trend even bigger.

Such significant players of the gambling game development market as Inspired Gaming, Playtech, NetEnt, Promatic Online, and others all offer high-quality boxing slots.

One can find among them:

The list of sport-themed casino games is not limited to boxing only. Fans of different sport disciplines usually consider betting as their only way to combine their gambling hobby and love for sports, but the online casino market offers even more. Gambling platforms are full of titles inspired by such sports as football, cricket, hockey, basketball, rugby, golf, and almost all other kinds. Searching the web and visiting websites that provide reviews of casino games might find many surprisingly good activities. There are countless such games, but the most popular is Football: Champions Cup, Basketball Star, Cricket Star, Break Away, and Football Striker.

However, it is not only about regular gamblers who enjoy sport-themed casino games but also about champions of the boxing arena known for their interest in gambling.

Ted has the past tied to gambling. He even mentions that he has spent nearly £1 million on trying his luck in some interviews. At the age of 17-18, he saved money, as he was rather poor. But as soon as he started getting more, «Big Cheese» could gamble away more than £5 thousand a night, as he recalls:

Then I started getting big money. It becomes normal to go and spend five grand a night.

Ted plunged into online gambling since he couldn’t do anything else between training sessions. As a boxer, he trains about 3-4 hours a day, but he cannot spend the time left on hobbies, meeting with friends, or any other activity, as he has to save energy for workouts and competitions. Thus, this daily routine turned into a pretty fun time spending.

It is pretty symbolic that «Iron Mike» used to be an enthusiastic gambler and also that there is a video game named after him. Actually, it isn’t surprising that Tyson inspired developers to create the Mike Tyson Knockout game, as he was both an iconic champion and an incredibly motivated player. The game itself delivers an experience comparable with the energy of the 19 famous Mike Tyson’s knockouts.

Mike’s love for casinos isn’t a secret. In the past, he was noticed in them several times. He also owned a 52-room mansion which had a night club and a gambling zone.

It is also interesting that Inspired Gaming, the developer of Mike Tyson Knockout, has made another game dedicated to «Iron Mike.» This time, it is a roulette game, and it brings some innovations to the genre. Now, boxing fans have an even wider variety of games to choose from. 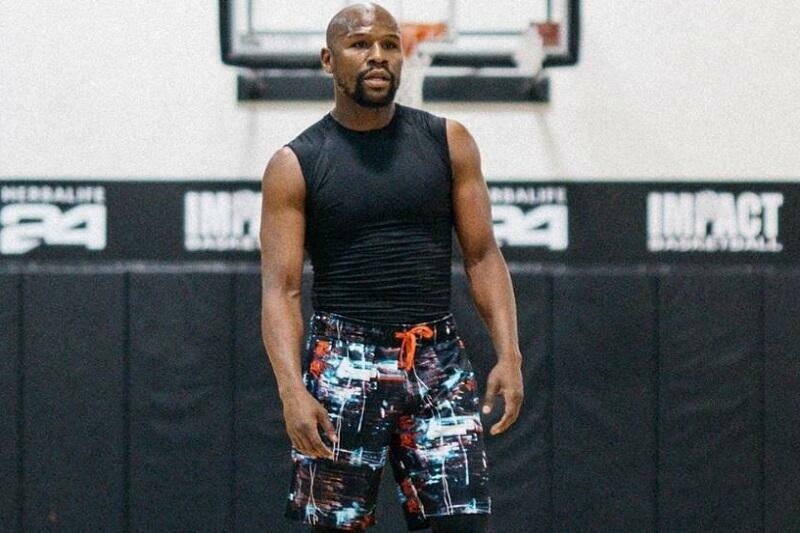 There are many stories about Floyd Mayweather making crazy bets, but the one that has never happened would be the greatest bet in gambling history. In 2017, he promised to bet $400,000 on his victory in a fight with Conor McGregor, but then he changed his mind.

Though he didn’t place the bet that would stir up the media and doesn’t have a slot game dedicated to him, he is still an important part of the gambling industry. Over the last years, Mayweather placed several huge bets, and not all of them turned out to be a success. The boxing champion won 2 big bets in 2012 and 2015. The first time, he wagered $1.1 million on a college football game and won $1 million. He also made a bet of more than $800,000 in favor of an American football team called the Denver Broncos and won around $600,000.

But his gambling career doesn’t consist of winnings only — he also lost a lot of money. During the Super Bowl XLVIII, he bet on his favorite, the Denver Broncos winning over the Seahawks, and he lost more than $2.6 million. Still, bets like this are just a tiny bit of his fortune, as it reaches about $500 million. 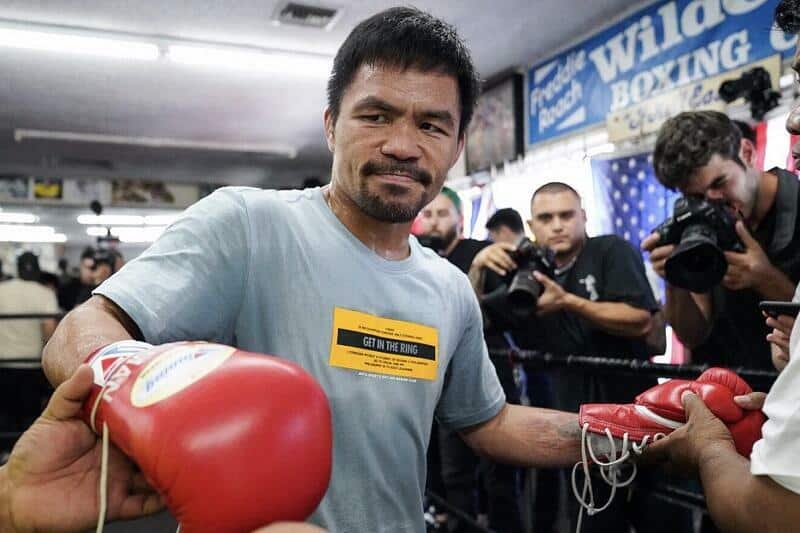 Even though the famous Philippine boxer is a rather humble gambler right now, he bets thousands of dollars on cockfights and spends six-figure sums while playing poker.

He was seen gambling in numerous casinos all around the world. His favorite places are Southern California, Macao, and Australia. And of course, he visited Las Vegas several times where wagering more than $100,000 bets was a regular thing for him.

As soon as cockfights and betting on them is legal in the Philippines, Manny Pacquiao didn’t miss the opportunity and made many bets worth around $50,000 along with his most famous wager of $360,000, making it maybe one of the most enthusiastic bets in gambling history.

The British boxer, also called «The White Rhino,» was introduced to gambling when he made a £1 bet on a horse race at eight. Since then, he continued betting small until he started making more and more money. The wagers have grown respectfully.

Since David is from Great Britain, he likes everything about horse races, football, and winning. But sports betting wasn’t the only gambling activity David Allen was engaged in. Like many other boxers, he used to spend thousands of dollars on slot machines. In his interviews, he mentions wagering multiple 6-figure sums while spinning the reels.

Similar to many of his colleagues, the legendary Mike Tyson’s opponent used to gamble a lot. He had countless difficulties throughout his life, including three divorces, but it never made him stop gambling.

Sports betting is one of the most common hobbies among professional boxers and representatives of other competitive disciplines. Evander Holyfield isn’t an exception, as he was constantly betting on different sports events. Football, basketball, and, of course, boxing were favorite betting markets for the legendary boxer.

Evander’s popularity used to be extraordinary due to his success during his active career. This fame took him to a place stuffed with numerous casinos — to Nevada. As this state became his second home, so did its famous gambling houses.

Evander Holyfield was spotted in such casinos as:

The boxer visited popular gambling venues both during his career and after it.

After years of operating side by side, the boxing and gambling industries became almost inseparable. Love of sports is an almost necessary attribute for an experienced gambler. Having strong connections with sports is essential for online casinos and other providers of gambling and betting activities.

As mentioned above, many champions of the boxing arena, such as Ted Cheeseman, Mike Tyson, Floyd Mayweather Jr, Manny Pacquiao, David Allen, and Evander Holyfield, enjoyed sports betting, playing slot games, and gambling at some point in their careers. Obviously, they became popular in the casino community. They were portrayed as the main characters in many boxing-themed games in different genres: offline and online slots, poker, roulette, and others.

Visiting Best Casinos Canada is a great way to find the best places and games to play, as we offer detailed lists and reviews of all the available gambling platforms and the content distributed on them.

It is always useful to check a platform you are about to play on. So some of the handy articles are:

Choose a casino, pick a game, and claim your bonus — it is just that simple with bestcasinos-ca.com!