Scouting through an outpouring of media coverage of the November 28 Pay Per View, the contradictions are evident.

If you add that some are saying the pair are allowed to smoke marijuana in the build-up, it becomes all the more confusing.

Now, here’s what WBN knows for sure.

“The WBC is honored to support their exhibition match scheduled for November 28 in which both will go into the ring with the admirable purpose of raising funds for charitable campaigns in the “Front Line Battle.

“This exhibition match is sanctioned by the California State Athletic Commission involving thorough medical examinations. With VADA performing the Clean Boxing Program out of competition anti-doping testing to both.

“The WBC has prepared a unique belt to commemorate this occasion. Each fighter will receive a belt due to recognition of their innovative efforts to bring entertainment to the world. 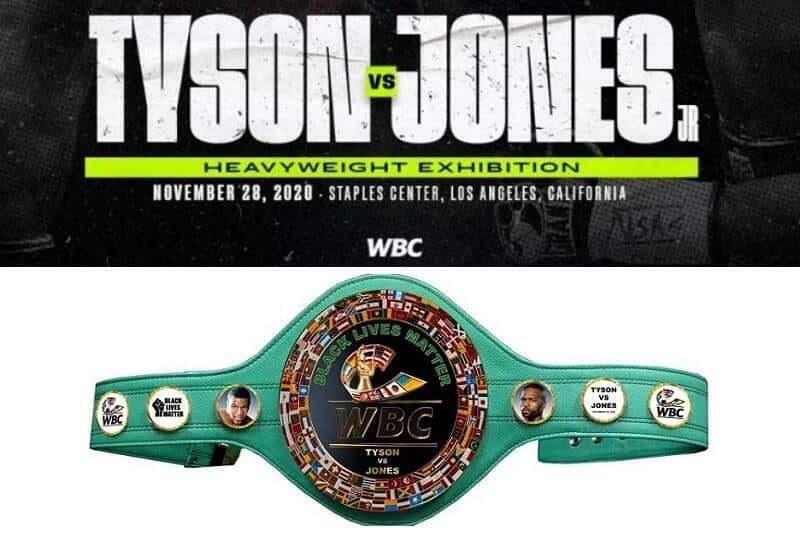 “It’s a great cause during these challenging and harsh times for humanity.”

In regards to scoring, “A fun innovation is also being organized for November 28th.

“The WBC Remote Scoring System will be used. We also have three legendary champions score the exhibition.

“They will judge via specific criteria, to provide additional entertainment to the fans from around the world.”

Those three judges have since been confirmed as ex-World Boxing Council champions Christy Martin, Vinny Pazienza, and Chad Dawson.

Therefore, the fight will be scored, and the results of those scores will be made public. So, in a nutshell, we will know of at least three people who call a winner.

In regards to a belt, both fighters will take home a prize.

Drug testing is in place, but at the end of the day, I’m not sure drug testing two 50 somethings means too much anyway. It’s not as if they will be facing Anthony Joshua or Tyson Fury next.

The VADA angle is simply a gimmick to rubberstamp the PPV purchase’s validity and obviously make more people tune in on Saturday night.

Furthermore, let’s not get too carried away by it all. At the end of the day, it’s a 54-year-old Mike Tyson versus a 51-year-old RJJ.