British boxing legend Nigel Benn has aired his views on world title credentials ahead of son Conor’s toughest test to date this weekend.

Conor tackles Sebastian Formella in front of the Sky Sports cameras knowing a win is vital to speeding up his title chances.

Not only is the ‘Dark Destroyer’ predicting a triumph for his offspring, the two-weight world champion believes 2021 will be his year.

Benn, speaking to Marc Gatford via the MyBettingSites blog, said: “Just because he was dropped by the Frenchman (Cedrick Peynaud) twice, they feel Conor’s a bit chinny.

“I got dropped by Anthony Logan, by Michael Watson. And I got smacked around by Eubanks 30 years ago.

“But who got voted into the hall of fame? Who got voted as the best middleweight by the WBC along with Calzaghe?

“I got put on my backside, but I still went in there and achieved it. And I think Conor can do the same.

“Conor’s got that spitefulness in him. By the time he’s 25, he’ll either be world champion or on the right path because that’s when you start getting man strength.

“He’ll have full man strength by the time he’s 25, and he’ll start banging people out. 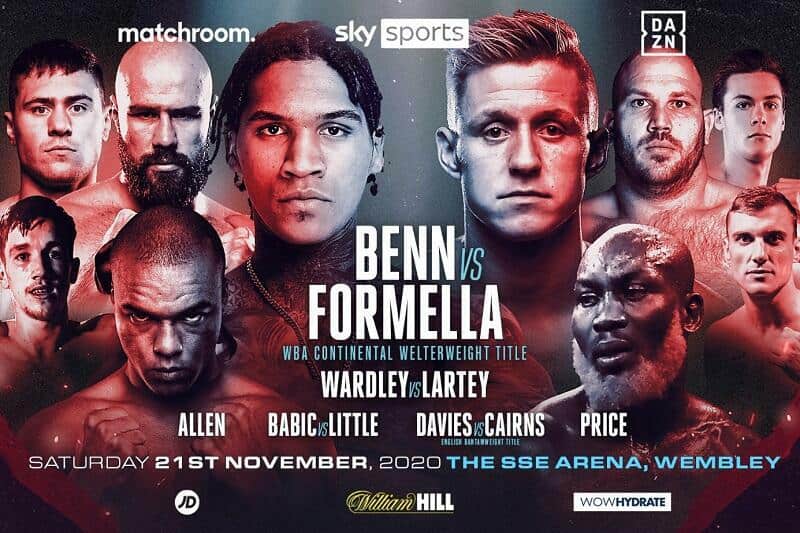 After being labeled ‘wild’ for those Peynaud clashes mentioned by Nigel, Conor hit out at the media himself.

“Conor’s fought guys in the top ten, former champions who have fought at the top-class level. He comes in and bangs them out – and yet he does not get the credit.

“One of the commentators was calling Conor’ wild’, Conor is not wild. I was so p****d off. I thought, ‘shut up, give him a break.’

“There’s nothing wild about Conor. He got caught with a shot, but he’s not wild. He’s controlled. Once he’s got the measure of them, he sets about them.

“When Josh Kelly drew out in New York, no-one really said anything about that, yet you want to jump on my son, who’s doing really well and only had 20 amateur fights.

“If Conor fought like Kelly did, I’d say to him, ‘Conor, you got to go give the belt to the other guy. He won that fight.'”