Navarro, 20, began training in the sport at the age of five, and leaves behind his childhood long endeavor of becoming an Olympian to enter the professional ranks. During his time in the amateurs, David compiled 15 National titles and competed in over 170 amateur bouts.

Last December, Navarro was one of only eight boxers in his weight division to compete for a spot on Team USA’s Olympic squad. During the 10-day event, he made it all the way to the finals by upsetting top seed Duke Ragan and in January was named as an Olympic Alternate for the 2020 Olympics, now rescheduled to take place in 2021.

In addition to David’s deep amateur accolades, he comes from one of the great Mexican American boxing families. David is the younger brother of Golden Boy Promotions undefeated junior welterweight prospect Johnathan Navarro, and his cousins, Steven and Chantel, are widely regarded as two of the top young prospects in the USA amateur system.

David is also the nephew of former Olympian Jose Navarro, who competed at the 2000 Sydney Olympic games, and Carlos Navarro, one of America’s greatest amateurs in the 90’s, who is well-known for being the the last American to beat Floyd Mayweather Jr. by winning a box-off at the 1995 Pan-American Games.

“David is making us very proud,” said Jose Navarro. “We know he is going to be special, and I wish him and his team nothing but success at the professional level.” 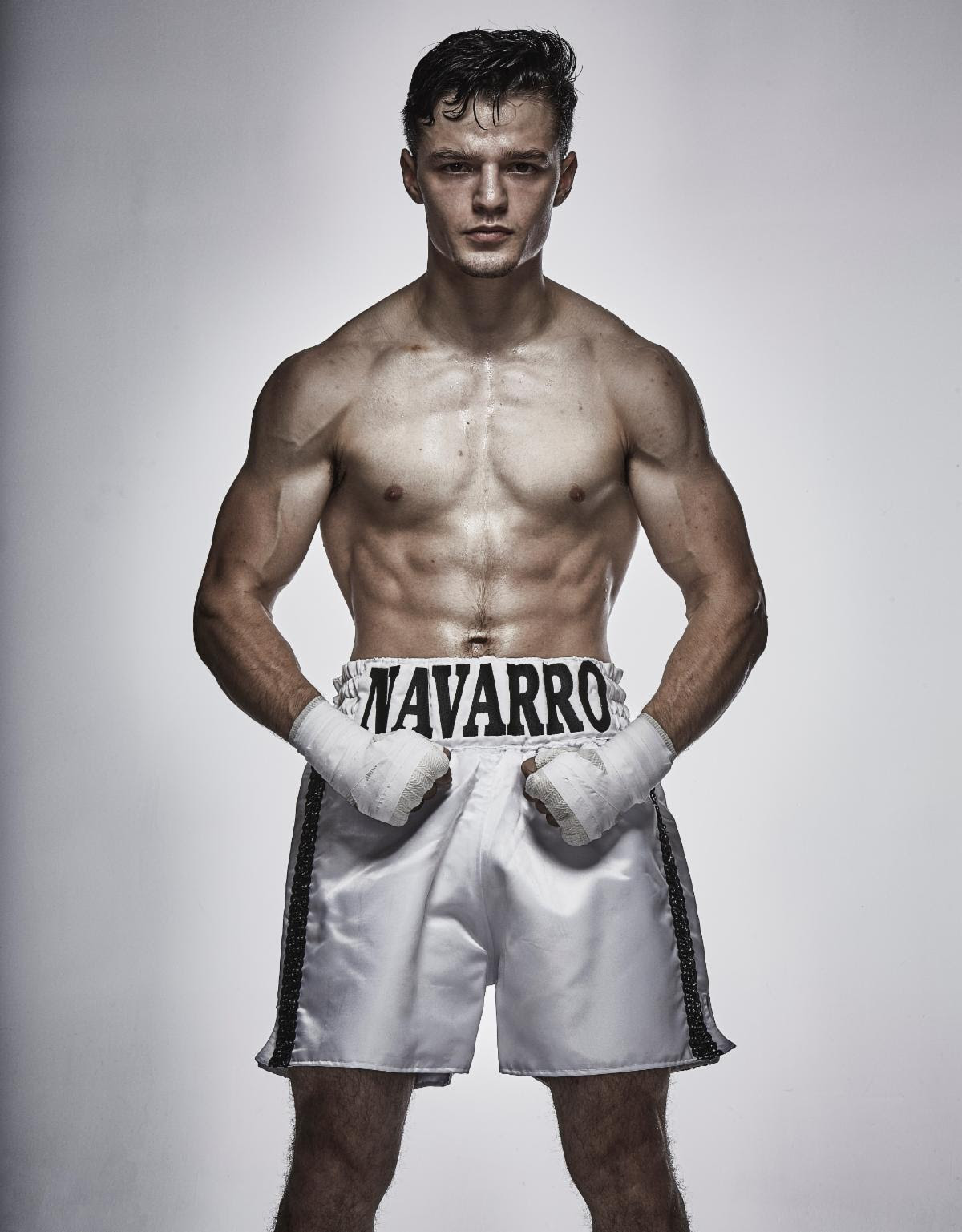 David will be co-trained by his father, Salvador, and renowned trainer Robert Garcia.

Garcia noted, “David has a great support system at home. He is a very disciplined fighter with a big heart who has tremendous power. I am confident that with this team, we will help David climb to the top of the sport.”

Navarro joins an increasingly deep roster that has been signed by Split-T Management’s Tim VanNewhouse. VanNewhouse’s earlier signees include another Los Angeles standout in undefeated super middleweight Diego Pacheco, as well as five fellow top amateurs from the 2020 US and Puerto Rican Olympic Trials.

“David had a ton of interest from various promoters and managers and I’m thrilled that Split-T meets his and his families expectations to manage his career. He’s a gem of a kid and a special talent out of Los Angeles with the type of ability that will make him a huge hit with Mexican-American fight fans,” said VanNewhouse.

Navarro will begin his pro career at 126 pounds and is scheduled to make his professional debut on October 7th in a special attraction bout.

The event is headlined by undefeated super welterweight prospects Charles Conwell and Wendy Toussaint live on SHOWTIME ® (9 p.m. ET/PT) from the Mohegan Sun Casino in Uncasville, Connecticut, with highlights of Navarro’s bout to be shown on the broadcast.

Showtime Sports President Stephen Espinoza stated “David Navarro is one of the most exciting young boxers in the USA Boxing program. He comes from a boxing family and has quite literally grown up in the sport. We are proud to support him in making his pro debut at a Showtime-televised event. We look forward to being able to feature him on Showtime as he develops as a professional.”

David is happy – and ready – to carry on the legacy and rich traditions of his family in the sport of boxing.

“I am working hard to become the best in my division and to make my father and family proud!” said Navarro. “I am grateful to enter into the pro’s with such a good team around me and I plan to fulfill everyone’s expectations of me. I’ve worked my entire life for this and I know I will become a World Champion.”