Reality star Jack Fincham has left the showbiz world behind and now enters the gritty and tough boxing world after signing a professional contract with BOXXER and will make his pro debut live on TV in November.

The winner of the ITV hit show Love Island in 2018, Fincham has joined BOXXER and is hoping to feature on the undercard of a packed Ultimate Boxxer card that will be announced shortly.

Fincham, 28, will compete in the light heavyweight division and has started his preparation with world renowned trainer Ben Davison.

This won’t be the first time Fincham has laced up the gloves, he was a former amateur boxer with Eltham ABC where he competed in 26 bouts after starting in the sport at 14. Fincham had intended to turn professional at 18 but instead chose a career path in the entertainment world before deciding to finally make his move in the pro ranks.

The Kent born reality star, will undertake a six-week training camp and his journey both inside and outside the ring will be shown in a six-part series on The Sun’s YouTube channel as cameras will follow his journey up until fight night.

Davison, 27, is currently preparing WBA & IBF Junior Welterweight Champion Josh Taylor for his fight this Saturday against Apinun Khongsong. He has previously worked with World Champion Billy Joe Saunders and is recognised for helping Tyson Fury turn his life around and lose 10 stone in weight ahead of his return to the ring following well documented personal health and mental problems. 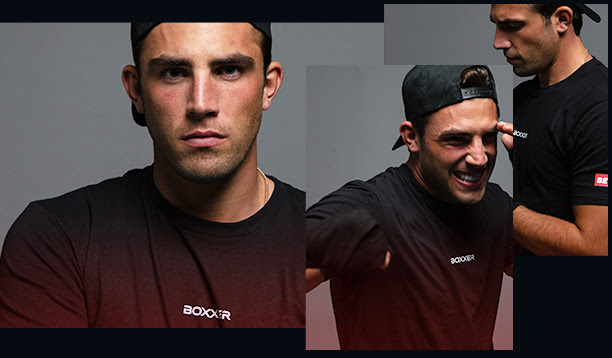 Fincham is under no illusions as he embarks on his journey in the toughest sport of all, but is thrilled to finally realise his dream and become a professional boxer.

“I’m delighted to be turning professional with BOXXER, I love the sport of boxing, it’s in my blood having competed in the amateurs when I was a youngster,” Said Fincham.

“Boxing will be my life now. It is the hardest sport out there and I know that I have to give it 24/7 if I’m to succeed and I’m fully prepared to do that,”

“I’ve been presented with the BOXXER brand for some time and it’s an exciting company that is going places. I’m very thankful of the opportunity they’ve given me to have my pro debut screened live on TV.”

“We’re really excited about Jack making his professional debut with BOXXER, he resonates well with our audience and brings with him a very credible amateur record. He’s a massive personality and I’m looking forward to him shocking a lot of people.”