World Boxing News can officially reveal the number crunching for the most recent UK Pay Per View featuring Alexander Povetkin and Dillian Whyte.

According to official viewing figures, Povetkin’s stunning knockout of Whyte in a dramatic battle secured an as broadcast 222,000 buys.

Further delving into the stats sees that the total three-screen viewing (as viewed) was 177,000. While a total of 218,000 hit the record books once the new week’s figures were published.

Predictably, only Anthony Joshua has generated substantial margins as British boxing continues to go through a recession.

Since Whyte was made the new face of domestic Pay Per View for Matchroom Boxing after the launch of DAZN in the United States, sales have steadily declined on his home soil.

Initially, during the boom of 2018, and on the back of sharing the ring with Joshua previously, Whyte did well and hit over half a million purchases on two occasions.

But the regularity of PPVs in the UK has become overkill, and Dillian Whyte is now beginning to suffer.

The controversial Oscar Rivas fight saw Sky drop over 150,000 sales. Povetkin did likewise. Just over 200,000 for what is supposed to be the biggest UK-bassed name in UK PPV (barring AJ) is not good enough for Sky.

Add to that the fact Vasyl Lomachenko vs. Luke Campbell and Josh Taylor vs. Regis Prograis both bombed at the Box Office; it’s clear to see that only Joshua can now captivate the UK fans. 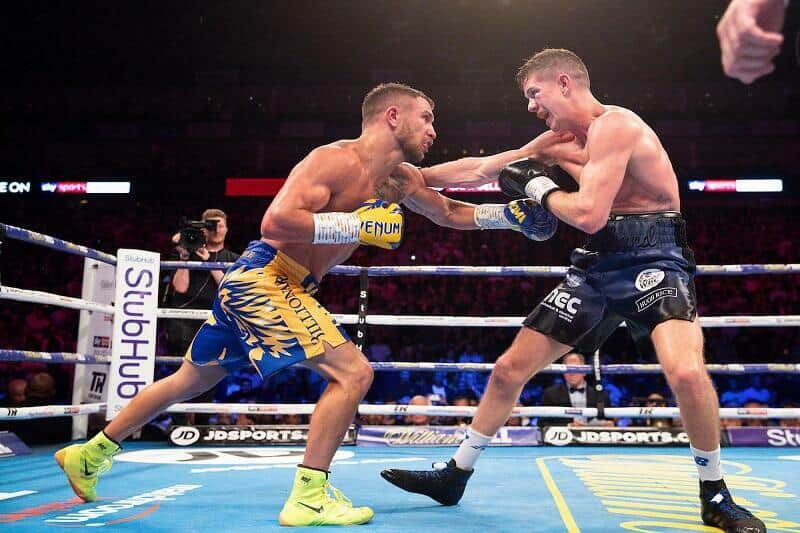 Sales of over 1.5m for the Andy Ruiz Jr. rematch in Saudi Arabia are evidence of that.

Sky will expect an increase for the Povetkin vs. Whyte return on November 21 and have two clashes lined up on either side to get right back into the PPV groove just before Christmas following the pandemic.

However, anything less than 500,000 for Oleksandr Usyk vs. Dereck Chisora will be seen as a failure.

Gone are the days when an over-the-hill David Haye and former cruiserweight in Tony Bellew could create instant beef and then quickly hit over one million sales.

The same can be said for the Usyk fight, even though the Ukrainian did sell well opposite the former WBC champion. That’s why there are such high hopes for Usyk vs. Chisora.

For now, Pay Per View is on the downfall of British shores and needs complete resuscitation. You can’t even blame coronavirus for that.

The emergence of BT Sport Box Office and the collapse of the ITV version indicate just how volatile the market is right now.

Nonetheless, the PPVs keep coming. UK fans can look forward to at least three and possibly four or five before they even begin to tuck into that Turkey on Christmas Day.