Khan was down on the canvas with Mokaev sprawled around him when he began to struggle despite the nature being friendly.

Mokaev firmed his grip, and a smiling Khan tapped out as all-around joked.

The Bolton man is spending a few days away after announcing his return to promoting. Khan has organized the first event in Islamabad for October 3.

As part of his deal to bring the Amir Khan Boxing Hall and Academy to the city, regular shows will take place. 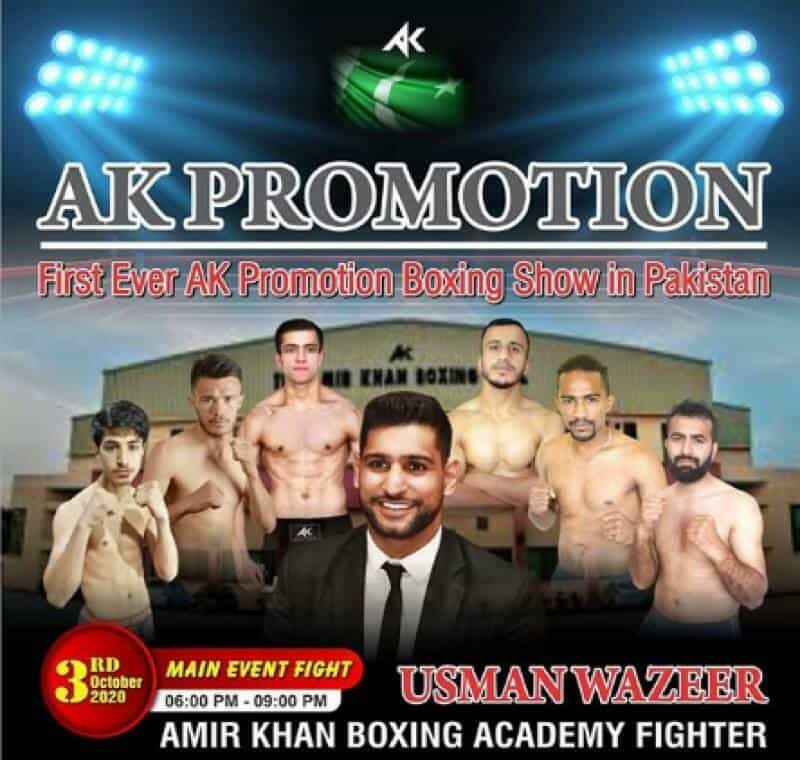 Previously, speaking about his role promoting, Khan had told WBN of some problems. It seems those have now been ironed out and he’s good to go.

Speaking to World Boxing News in late 2019, Khan had said: “One thing I’m going to say is there’s a lot of kids who I’ve tried to look after.

“They’ve just done me wrong by not trusting me. But at the same time, there’s no reason not to trust me. I’m the only guy who paid them the most they’ve been paid.

“I think it’s all about the trust thing. I’ve washed my hands with it in a particular aspect because I don’t need the headache.

“I’m not making money from them, I was doing it free for them, I’m making them money.

“But the thing is they turn around, so I’ve washed my hands with it all and look after a few hand-picked fighters. I look after them.

“At the end of the day, it costs me. I’m flying to the fights, and it costs me hotel bills. The flight bills and time as well,” he added.

The show will hopefully be a first of many for Amir Khan, the promoter.

In regards to fighting again, Khan has also told WBN he plans to be back in action in 2021.