A story WBN has covered closely over recent days has seen Yordenis Ugas react to a portion of negativity over the situation with Manny Pacquiao at welterweight.

As the ‘Pacman’ defeated Keith Thurman in July of 2019, the Filipino Senator became the ‘super’ champion, despite not being a unified title-holder.

WBA rules and regulations had previously outlined that only unified champions would get ‘super’ status for their belt, something which then frees up the WBA’ regular’ strap.

A mass of confusion has since crept in.

Winning the WBA’ regular’ title has brought plenty of disillusion from fans to the door of Ugas.

“Here on Twitter, many people detract from my triumph and my championship. They seem to forget that I was also supposed to be a WBC champ. OK. Where do you have me, 147?”

Since then, things have gotten a little worse for Ugas.

‘Why are you holding my man’s world title?’ – The Cuban heard. He reacted with, ‘That you are Pacquiao’s b—-?’

Just one day after raising the crown and claiming himself to be the latest 147-pound ruler, Ugas had already pleaded that the issue was not of his doing.

“Yes, but I did not invent that (regular title). That championship Pacquiao won from (Lucas) Matthysse, remember?

“Pacquiao and Thurman were both champions. There was talk that they were going to unify. Remember?” 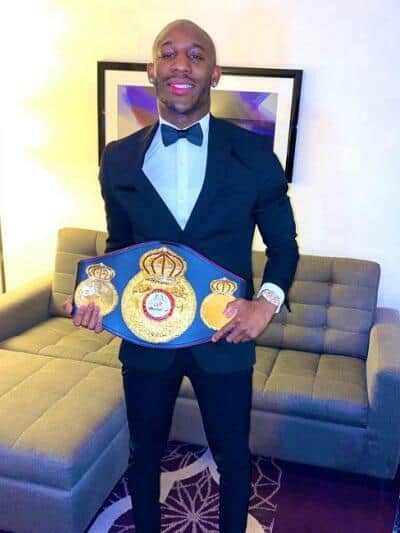 Of course, Ugas is correct. It’s not his fault. The blame lies with the WBA as there should never be two champions in the same division.

Until this severe issue finds a solution, something the WBA President Gilberto Mendoza promised to WBN in 2013, there will always be a lack of recognition for the ‘regular’ champion from those who acknowledge the real situation.

Before Manny Pacquiao out-pointed Keith Thurman, he didn’t have a claim as the champion himself. Ugas now stands in the same boat.

The likable fighter has to either land an opportunity against Pacquiao or challenge another of the champions. In truth, he will never have champion claims due to that ‘regular’ belt.

It’s simply not a championship. Therefore, you cannot have two champs in one division. It just doesn’t work.