The worldwide Pay Per View record set by Floyd Mayweather and Manny Pacquiao has yet again received a nudge in the elevated direction.

United States sales, initially estimated at around 4 million in 2015, were eventually finalized at 4.6m in 2018. Worldwide purchases were said to be around the 4.9m mark simultaneously.

Two years later, ‘MayPac’ is pushed to a further total of 5.7 million. That’s according to number-crunching reports around the globe.

An unbelievable amount. One that is certain to mean Mayweather and Pacquiao pocketed well north of their initially guesstimated paychecks.

The second-placed bout, inevitably including Mayweather, was thought to have broken the record in 2017. A cross-codes clash with Conor McGregor was reported to have blitzed the Pacquiao sales by some margin.

This led to a quick recount of the Mayweather vs Pacquiao fight. It then included all buys worldwide. Mayweather vs McGregor comes in at a respectable 5.1 million, though. 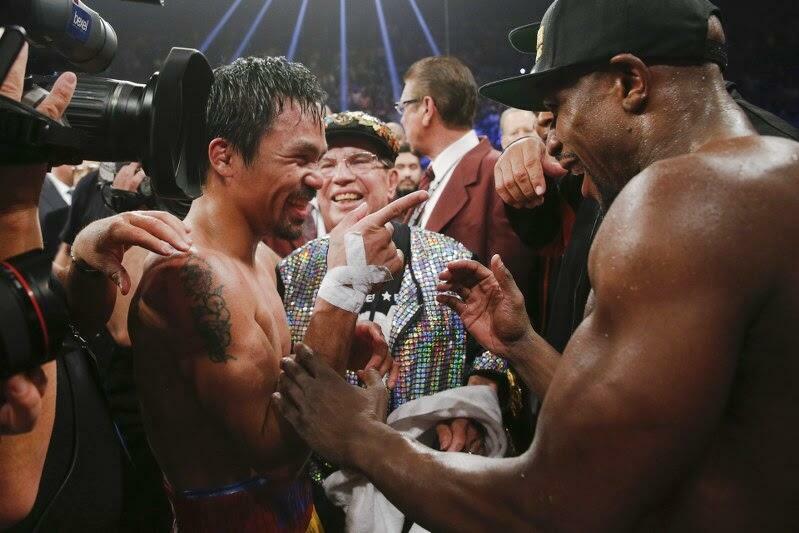 In recent years, with the addition of Home Box Office and other US TV networks, the use of closed-circuit TV dropped dramatically from the early days.

The likes of Muhammad Ali, Joe Frazier, and George Foreman from the golden 1970s generation regularly sold tens of millions of tickets for closed-circuit as a necessity.

Early in the 1980s, that all changed when the Fab Four of Roberto Duran, Sugar Ray Leonard, Marvin Hagler, and Thomas Hearns broke the PPV mold.

Duran vs Leonard sold over 1.8m. But taking third place on the all-time list is Leonard’s battle with Marvin Hagler in 1987.

This coincided with Mike Tyson’s emergence as the undisputed heavyweight champion, and a new era was born.

Tyson occupies a fourth and fifth place on the most sales of all time, cementing his position as the best-selling heavyweight ever.