The World Boxing Council has revealed their anguish at the news that a young fighter was murdered at the tender age of just 24 years old.

Jose Briegel Quirino, who last fought in 2019 and had a record of 20-3-3, was slain by a perpetrator in his hometown of Tijuana.

Firstly, reports in Tijuana stated Quirino was shot in the chest. After receiving no treatment for some time, Quirino died before the ambulance arrived.

Nicknamed ‘Gallito’, Quirino lost twice early in his career but fought back to get himself into contention for a world title shot.

A draw and victory over Mexican star Hernan ‘Tyson’ Marquez had certainly elevated Quirino up the rankings. But a recent defeat to Joel Cordova halted some of his progress.

With a third bout against Cordova on the cards at some point, Quirino’s life was cut short in a tragic manner. 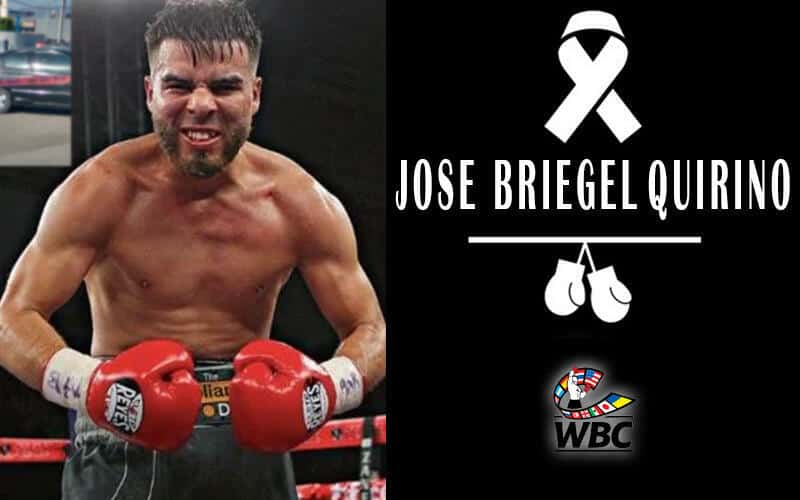 Airing their thoughts on the shocking killing of the boxer, WBC chiefs sent WBN their sadness.

“The World Boxing Council family mourns the passing of José Briegel “Gallito” Quirino. A talented fighter. He was a former WBC Intercontinental youth champion,” they said.

“The Tijuana fighter was attacked with a firearm on Thursday afternoon. After being transferred to a hospital, he unfortunately died.

“José Quirino had a professional record of 20 victories. Of which nine were by KO in addition to three losses and three draws.

“The last time he stepped into the ring was on February 23, 2019. The fight took place at the Tijuana Municipal Auditorium.

“The WBC and its President Mauricio Sulaimán, join in prayers with Quirino’s family in these terribly difficult times.”

Making his debut in 2012 at just 16 years of age, the southpaw had the sport firmly embedded in his blood.

Father Jose Sr. was a world super-flyweight champion back in 1992.

Furthermore, WBN offers condolences to the Quirino family at this tragic time.