Returning former champion Marcos Maidana has been accused of purchasing six-pack implants in order to complete his astonishing weight loss.

Maidana, who reigned as a title-holder at 140 and 147 before retiring in 2014, has lost a huge amount of weight for a comeback.

After claiming millions from two fights with Floyd Mayweather six years ago, it was thought ‘Chino’ was happily retired.

Ballooning in weight, Maidana seemed to be enjoying being out of the limelight until returning as a promoter in 2018.

Months later, the Argentine was bitten by the boxing bug and began long preparations to streamline his bulky figure.

Losing a whopping 25 kilos or more, Maidana has whipped himself into amazing shape as a fight later this year remains on the cards.

But as the extra poundage waned, some fans noticed a development in Maidana’s abs. A video showed the emergence of what some are claiming is implants in his stomach.

As yet unfounded accusations, the conspiracy theorists have stated their case.

Others added: “Chino ‘fake abs’ Maidana’ in referencing the fighter and stated: ‘Chino Maidana drew fake abs on his stomach?’ 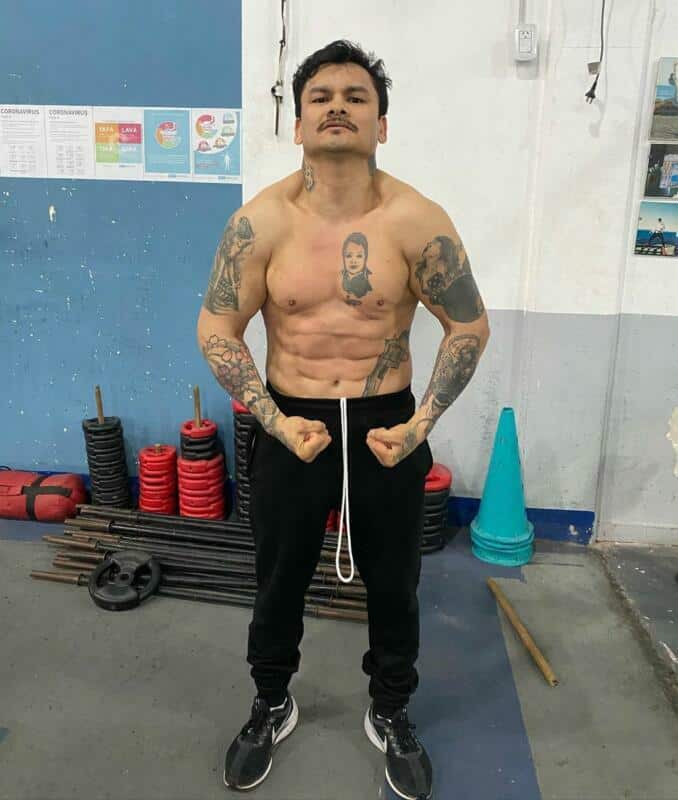 Of course, a photo was then released of Maidana’s progress and show an incredible physique for all to see. Maidana is clearly in amazing shape, possibly his best ever.

Plaudits are deserved for the mere fact that Maidana has gone from a massive frame to looking like a bonafide fighter again.

A clash against kickboxer Jorge Cali is still in the pipeline having been delayed at least three times due to the current pandemic.

More serious boxing bouts are set to follow, according to Maidana, who is relatively young compared to the other legends intent on making comebacks from long absences.

Turning 37 over the summer, Maidana has years on the likes of Oscar De La Hoya and Mike Tyson. Some believe a rematch with Amir Khan should be taken seriously.

“Yes, I think now I beat Khan. “I don’t know if easy, but I feel good. I have a lot of experience and hunger to win,” said Maidana recently.

Khan vs Maidana I was voted Fight of the Year in 2010. For his victory, Khan won the first-ever WBN Fighter of the Year Award.