British boxing legend Nigel Benn has advised Roy Jones Jr. not to get in the ring with the latest version of the Mike Tyson juggernaut.

Jones has agreed to battle Tyson on November 28 in a battle of former pound for pound and undisputed kings. The event is set for Pay-Per-View.

Both superstars are set to net a massive payday thanks to a deal with broadcasters Triller, but Benn believes any amount of money isn’t worth RJJ’s health.

“If you listen to the way Roy is talking, there’s a lot of fear there. I would be, look who he’s getting in the ring with,” said Benn in an interview with Press Box PR.

“He’s talking about how big and powerful Tyson is – he’s not just hyping the fight – it’s the truth. I wouldn’t get in the ring with him.

“All you need is to take one shot and that is it, over with. When you watch him hit the pads you can see he’s not playing around. 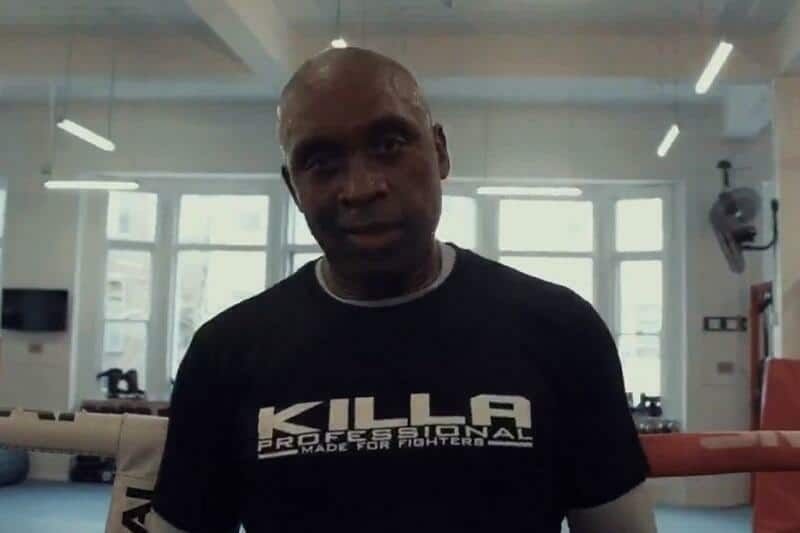 “It’s going to be a hard night for Roy. He might be getting ten or twelve million (dollars), but it’s not worth it, because all you need is to take one hit.

“We’ve seen Roy get knocked out by nobodies, getting stopped in his last fight, now he’s fighting (Tyson).

“I think it’s a bad move to tell you the truth. Who wants to get in the ring with Mike Tyson?”

Benn was himself due to return to action in November of 2019. An injury ended those hopes of ‘The Dark Destroyer’ also competing in his 50’s.

But when it comes to Jones Jr. it is slightly different. Jones fought as soon as two years ago and is a highly elusive opponent for Tyson.

Even though he’s recognized as ‘The Baddest Man on the Planet’, Tyson is now 54 and will be far slower than he was, even back in 2005.

The speed is all good in twenty-second training bursts on social media clips. When they actually step inside those ropes it will be a lot different.

Let’s hope so for Roy’s sake.