Tyson Fury facing Anthony Joshua in a Brit battle at any point over the next year is highly unlikely, something WBN has been pointing out for months.

Fury and Joshua have been involved in several media exchanges about the possibility of a huge undisputed clash in 2020 or 2021.

The latest came with Fury revealing his hopes that Joshua will agree to be his back-up should a trilogy with Deontay Wilder fall apart. This is despite WBN also pointing out that Wilder has no intention of negating the third installment.

Never-the-less, Fury vs Joshua talk continues to fill the air and a mass of column inches.

What we do know that Wilder is next for Fury.

But WBN believes this fight is already likely to be delayed until at least February, possibly even April dependent on what steps the US Government takes to stop the spread of coronavirus.

Boxing and Fury vs Wilder III needs fans back. That’s not looking good until guidelines are fully followed across America.

So, at this point, organizers of Fury vs Wilder III could be staring at a spring encounter if they want a full capacity at the MGM Grand in Las Vegas. 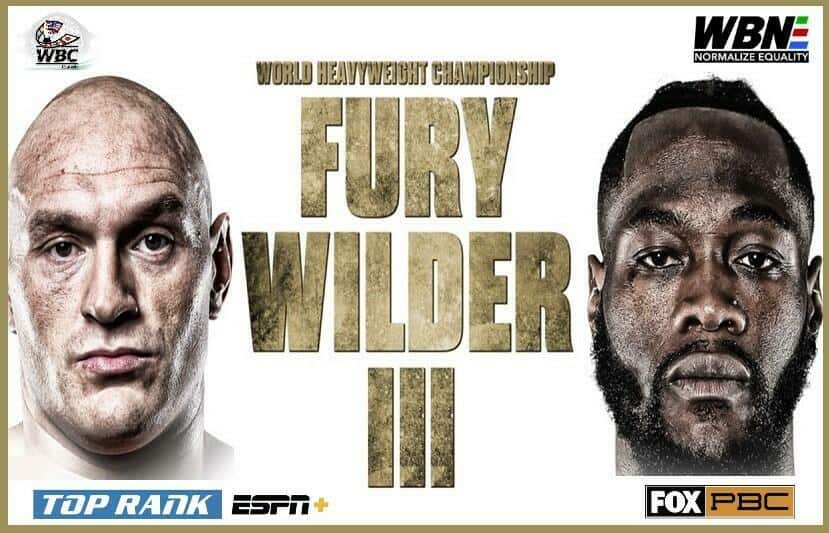 That leaves Joshua free to follow through on his two mandatories. The first with Kubrat Pulev and the second with Oleksandr Usyk.

As WBN has explained on many occasions, these two bouts have to happen in order for AJ to keep his titles intact.

The only way around adhering to both would have been Usyk agreeing to delay his shot. This notion received a huge punch in the guts this week.

“Usyk has been the WBO mandatory challenger for more than one year. He has agreed to let Anthony Joshua versus Pulev happen, with regards that the winner fights him next.

“Our plan is to beat Derek Chisora. Then push AJ to comply with WBO rules or vacate the title. Simple and practical,” he added.

If Joshua can get Pulev done and dusted by December, and not lose in spectacular fashion as he did against Andy Ruiz Jr, Usyk has to be next.

That bout could conceivably go through at the same time as Fury vs Wilder III around the spring of 2021.

Provided they are both in possession of the straps they currently hold, a massive blockbuster UK fight then opens up.

The likely date would be around September of 2021. Potentially at the Principality Stadium under a roof.

Alternatively, stage the initial clash at some US or Middle Eastern venue, with the second fight in the summer at Wembley Stadium in 2022.