Floyd Mayweather will fight again after holding a 2 am sparring session with a boxer who the legend hadn’t previously called since his last fight.

Denis Douglin shared the ring with Mayweather in 2017, just prior to ‘Money’ facing Conor McGregor.

Mayweather eased through the contest against the superstar MMA fighter, making almost $300 million in the process.

As rumors swirl the 43-year-old is ready for another fight, despite constant denials, Douglin has lifted the lid on a late Las Vegas training stint over the summer.

“He called me up around one in the morning. I know he likes to train at night. So I got up and told my mother (also his trainer) that Mayweather wanted to spar,” Douglin said in an interview via Vegas Insider.

“We got to the gym before him, I was walking around taking pictures and stuff. He walked in at two in the morning with so much energy and so excited.

“He let me know that he was going to beat me up.” 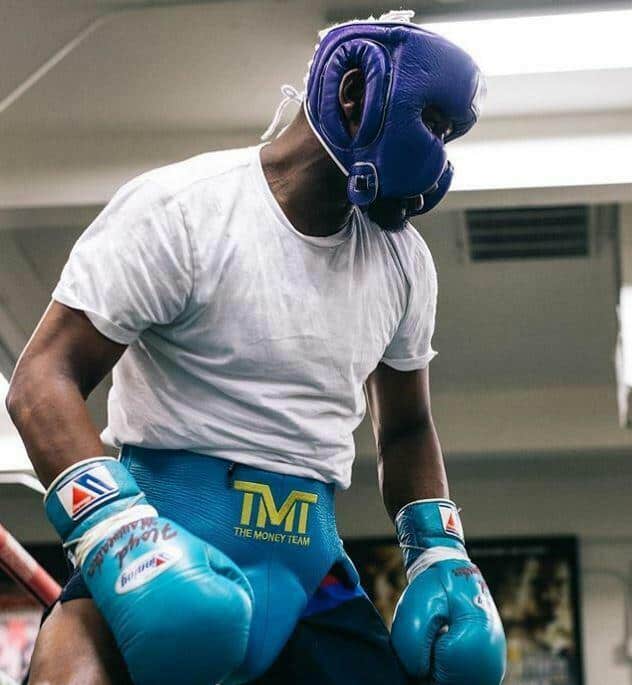 Douglin continued: “He was making fun of me saying harmless stuff like: ‘Oh, you think you’re so bad, you got all of those muscles, but I’m still going to beat you up’.

“I thought as much as I look up to this man I can’t wait to get into the ring and put it on him. And I love the fact that he was excited to beat me up.

“It was like an honor to have Mayweather talking bad about me.”

On how the session went, the American added: “The first three rounds were great work. We were still talking trash back and forth to each other.

“Then in the fourth round, he said: ‘let’s turn the bell off, we’re going to spar until you quit’.

“I was like: ‘Floyd, as much as I love you, if we turn this bell off and spar until I quit, we’re going to be here all day because I’m never going to quit’.

“I landed on him and it was very good sparring. The people that were there were saying we’ve never seen someone pushing Floyd that much.

“My mum was happy, Floyd was happy.”

Asked whether he thinks Mayweather is now preparing for another mega-money contest, Douglin answered: “One hundred percent. I think he could come back.

“As a fighter, it’s amazing to see another fighter, especially an African-American fighter. He’s doing so well, making so much money, having fun, milking the game – so why not keep going?

“If you’re safe and you feel protected and you’re smart, I wanna say keep going.”

It’s been almost two years since Floyd Mayweather was seen inside a ring following his first-round knockout of Tenshin Nasukawa in Japan.

The RIZIN event was a whimper compared to PPV’s with McGregor and Manny Pacquiao.

If he does come back, it will be interesting to see how it all plays out.