The widow of former world heavyweight champion Tommy Morrison has hit a blockade in a bid to have newly-discovered tissue DNA HIV tested.

Trisha Morrison has also been threatened with sanctions over the recent filing. She wanted DNA HIV testing carried out on the preserved tissue belonging to her late husband.

A motion was filed on August 4th. Two weeks later, Trish got the defendants’ response.

She told World Boxing News: “Defendants responded to the Court on August 18th, 2020. They were in opposition to doing any DNA HIV testing.

“Then it will be up to the Judge to decide whether he fines and sanctions me for being a vexatious litigant. This is due to the Defendants asking him to do so.

“It’s a blatant attempt to silence me. If they are unsuccessful, the judge can order the Defendants to do DNA HIV testing. 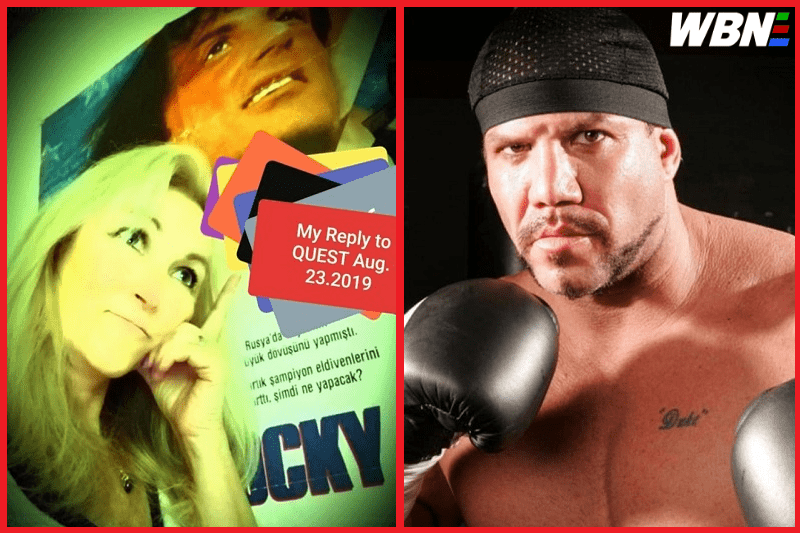 “The Judge’s decision could be immediate. But it could take up to six months as he has previously done.

“At the same time, I also filed Ex Parte Documents. Known as EXHIBIT ‘X’ as a restricted document that only the Judge can see (at least that is what my intention was).

This is so that Defendants do not seek and taint and destroy Tommy’s important remains,” she added.

WBN obtained a copy of both documents, the reply, and declaration, parts of which are shown below. 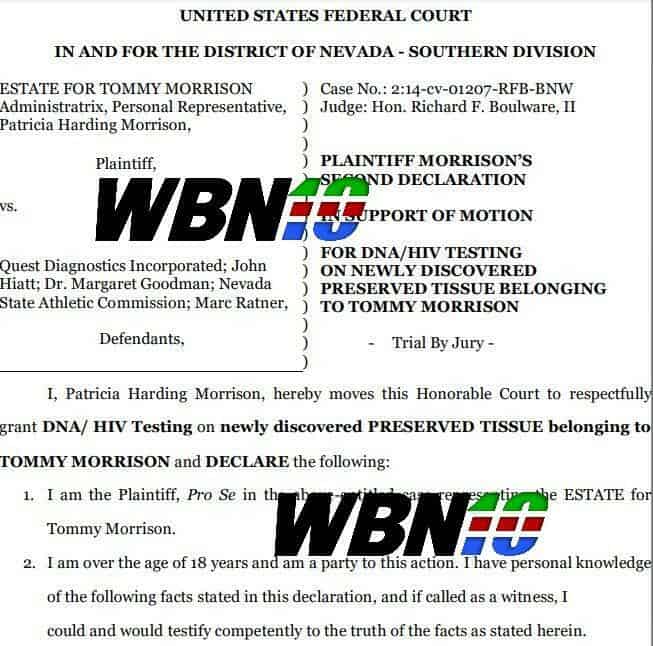 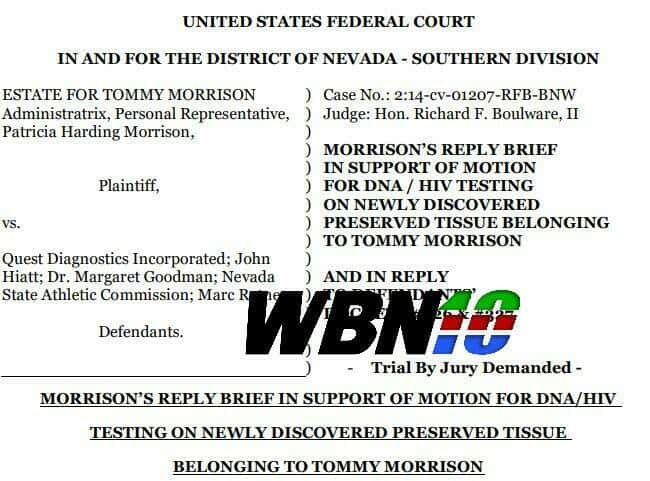 It remains an ongoing struggle for Trish to keep Tommy Morrison’s search for the truth alive.

The waters of what happens during the 1990s remain muddied as most fans who haven’t followed the story continue to believe Tommy was kicked out of boxing by the defendants for having HIV.

Trish is aiming to prove the opposite and has already had Tommy’s blood tested in an autopsy on the day of his 2013 death. The results for HIV came back negative.

Also, a 2012 test for AIDS taken from the one-time WBO title-holder and former Rocky V star was negative as well.

Tommy Morrison was just 44 when he died. Seven years later the fight continues.