Shawn Porter is back in line for a championship chance against ex-opponent Errol Spence Jr. following a post-lockdown victory.

“He was a tough fighter,” said Porter. “After about six rounds my dad told me that he’s going to keep taking these punches. So I just needed to keep the pressure on him.”

Porter’s arsenal was more varied and effective as the fight went on, adding in increased body attacks and thudding left hooks and uppercuts to punctuate his numerous combinations.

“The game plan was to use finesse and subtlety,” said Porter. “I went in there looking for the shot. And I was ready to take the openings.

“I wanted to be aggressive. But not too aggressive. I knew he would run. We worked on cutting off the ring. I think it all worked out tonight.

“For me, it made sense to fight up on my toes. It’s a different type of rhythm and a lot of guys don’t know when I’m coming and going.

“I think it mixed things up for Formella tonight. We worked on fast jabs, powerful jabs, and directing the jab. Today he couldn’t tell which one was coming.

“I was popping his head back and of course also going to the body.” 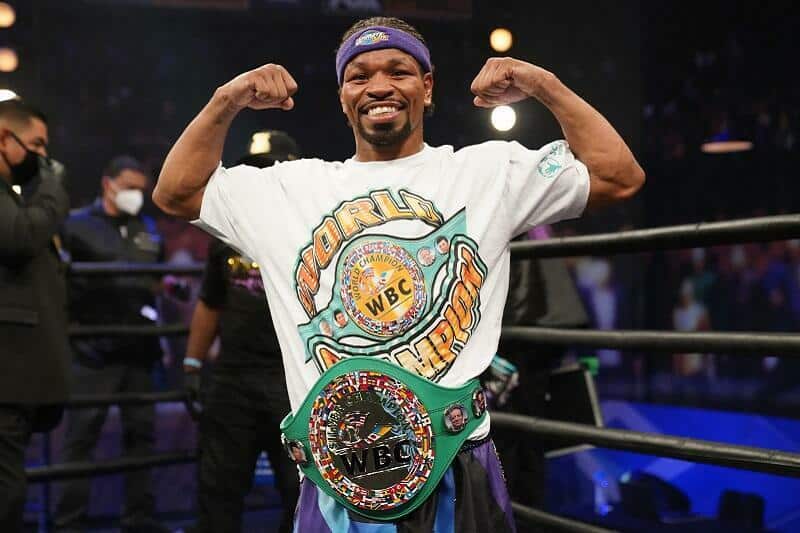 Formella continued to stand tall against Porter through the middle rounds, throwing return fire and landing scoring punches. Even as Porter pressed forward and used his strength advantage.

“We had a lot of film on Formella,” said Porter. “I knew that his focus would be on his feet and when it wasn’t the feet, he would be covering up.

“I could tell his corner was telling him to punch with me or right after me. So he connected on me that way.

“I had to get on a different rhythm for him. He was able to play some chess and he did well. My dad always says that the mind controls everything.

“I think he had his mind made up that he was going to take everything and go 12 rounds. His body followed his mind tonight.”

In addition to out-landing Formella by a count of 304 to 148 throughout the fight according to CompuBox, Porter had a significant advantage in body punches landed. He connected on 89 to Formella’s six.

“Porter’s 304 punches landed was the most he’s connected on in a fight. Surpassing the total he accrued in his 2016 clash against Keith Thurman.

“We definitely worked on throwing the overhand right for this fight,” said Shawn Porter. “We worked on our power a lot and in the beginning, I wanted to land that overhand right.

“I was really keyed in on that. My dad said to stick to the speed and that would set up the power. I switched it up to straight rights to the body because that’s more of a speed punch.”

Porter continued his dominating work through the final round as Formella showed impressive durability in going the full 12 rounds in his U.S. debut.

All three judges scored the bout the same way in favor of Shawn Porter, by the score of 120-108.

Porter’s victory puts him in position for a showdown with the winner of the upcoming Errol Spence Jr. vs. Danny Garcia FOX Sports PBC Pay-Per-View matchup in November.

In his post-fight interview with FOX Sports’ Jordan Hardy, Porter delivered a succinct message for his potential next opponent.

“I’m still here and I’m not going anywhere,” said Porter, who dropped a close decision to Spence in a unification bout last year, and defeated Garcia to capture the WBC title in 2018.

“There’s no telling what they’ll see from me in a rematch,” added Porter later. “I think both guys can also make adjustments.

“That’s what makes rematches so great, the fans have seen what both of you can do and they want to see who will make the right adjustments.

“I definitely think that I will be a little different against either guy.”