Matchroom boss Eddie Hearn has confirmed a rematch clause for Dillian Whyte vs Alexander Povetkin II and hopes to make the fight in 2020.

Whyte was plowed into the middle of next week by Povetkin on Saturday night and immediately called on Hearn to make a return.

Losing his WBC mandatory chance, Whyte has to beat Povetkin in order to win back the slightest opportunity to face Tyson Fury or Deontay Wilder by 2022.

“It was a heavy knockdown, he’s going to have to take his rest. Povetkin is mandatory now but he won’t be called. The only person to get called to negotiate with the winner of Fury vs. Wilder was Dillian Whyte.

“So we will exercise that rematch clause and we will look to make that happen before the end of the year.” 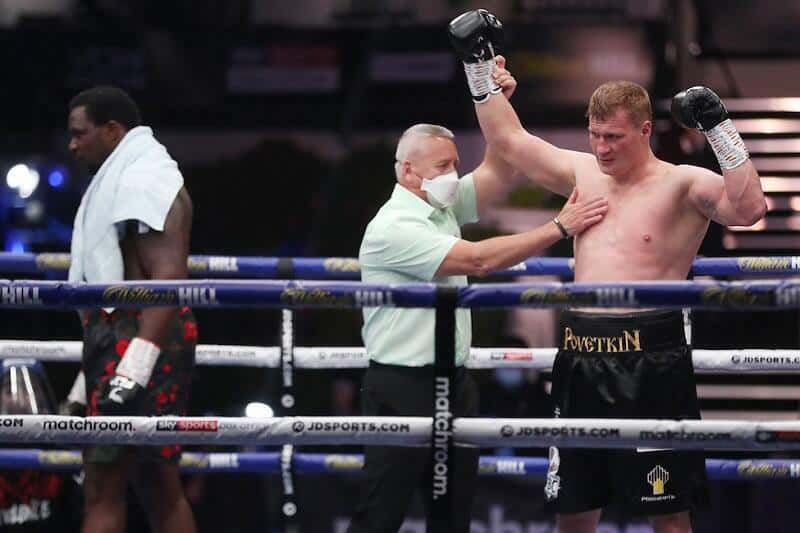 He continued: “Listen, it (the rematch) is a huge fight. It’s a dangerous fight now because obviously back-to-back defeats have a different shade on it.

“I know he will come back from this. It is crippling for Dillian to lose that number one position but he will be back.

“This is what the sport brings us and sometimes it’s brutal,” added the Essex man.

Whyte went public with his pleas to Hearn on Sky Sports Box Office by saying: “Can we get the rematch in December? I’m good, I’m good.

“It’s just one of those things where it just landed didn’t it? I was bossing it. It is what it is.

“Rematch. It’s cool, it’s all good. That’s what boxing is about. Cheers Eddie.”

For his part, Povetkin stated he’d leave in in the hands of Hearn and World of Boxing.

“First of all, my future plans don’t depend on me, it’s more a question for my promoter and for Eddie Hearn. So we will see what they decide.

“At the same time, I want to thank Andrei Ryabinski and Eddie Hearn for everything they do for me.”

Concluding on being doubted pre-fight, the Russian said: “I don’t have anything to respond to those people. I just want to box more.

“I want to thank all of the fans who believe in me.”

Alexander Povetkin vs Dillian Whyte II could take place as early as December, hopefully with a portion of fans attached in the UK.

Furthermore, Hearn will certainly be eyeing another Pay-Per-View.