“I think the quarantine helped me,” said Porter. “When this all began, I just took some time.

“I believe that it refreshed and rejuvenated me. It gave me the opportunity to make some adjustments and we’ve all grown from it.

“Once I knew that we were coming back to boxing, I wanted to take on the responsibility of bringing big-time boxing back.

“I’m one of the first big names to come back and I’m proud to represent my team and my family by getting back in the ring sooner than later.”

Porter, who resides in Las Vegas, initially used the time off from the pandemic to spend time with his wife and two children. But he was back in the gym by April with his father and trainer Ken Porter.

Although the pandemic led to safety concerns in the early weeks, the father and son duo sparred each other to limit outside interaction. They soon were back into the rhythm of their normal training.

“I took all of March off,” said Porter. “When the pandemic first hit, it was a little scary just going anywhere outside of the house.

“Ever since April though, we’ve been back at it. My dad lives right around the corner from me so we started off training in his back yard.

“Then we went back to the gym in May and I actually sparred with my dad for a few weeks, because we wanted to be as safe as possible.

“We just weren’t sure who else was safe to have around. But then in June, we started bringing in other sparring partners. That was probably the aspect of training camp that was most affected by the pandemic.

“I have a wife and two kids now, so initially when the pandemic hit, I was just enjoying being at home with my family. But once my dad told me I had to get back moving, we got back to it.

“That’s just our relationship. My dad knows he can always count on me to do what’s necessary and best for my career.

“We played it safe, but no excuses to be made. It might be a pandemic, but my dad got me back to work safely.” 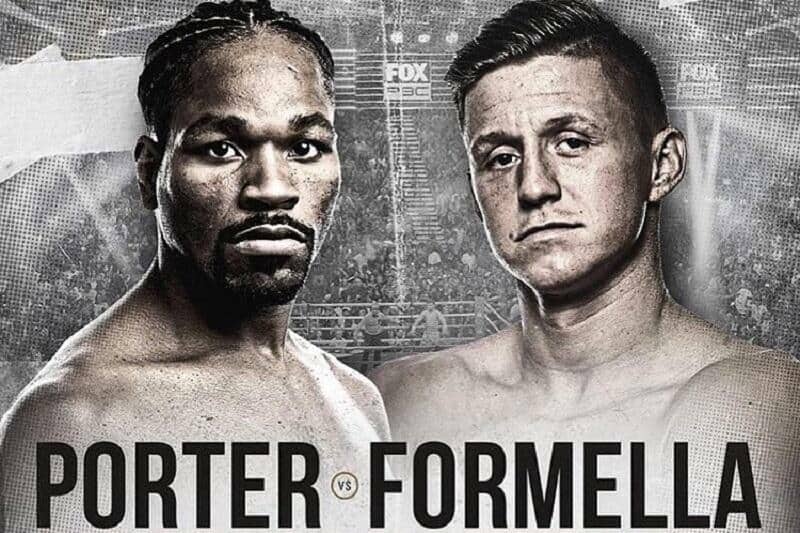 Porter will return to the ring for the first time since narrowly dropping a welterweight unification match against Errol Spence, Jr. last September, in a showdown that turned out to be one of 2019’s most action packed and dramatic fights.

The 32-year-old believes that slight adjustments will help him get back to a title opportunity and beyond.

“By fighting an eliminator on Saturday, we believe we can be back in a world title fight the next time we’re in the ring,” said Porter.

“For me, any improvement is about more than just hard work. Everyone knows that I work hard. Now it’s about knowing what to do and when to do it.

“I can’t have mental lapses and I just have to make sure that I’m staying composed inside the ring.

“I also have to make sure that I’m always listening to my corner and that I have the right state of mind when I’m in the ring.”

While Porter has faced a litany of the best welterweights of this generation, Saturday’s showdown puts him up against a fairly unknown entity in the German Formella, at least among U.S. observers.

However, Porter’s affable personality outside of the ring has helped him gather the intel needed for this matchup.

“The good thing about being Shawn Porter, is that people like me,” said Porter. “My connections have helped me find out information on Formella, including when he was coming to the U.S.

“It’s awesome to have people so willing to help me out. One person that I’ve been talking with has seen Formella train a number of times and their insight has been very helpful.

“I’ve also got seven or eight tapes of his fights. We’re looking to throw some wrenches into what we think his game plan will be and do what we need to in order to get the win.”

With just days remaining before stepping into the ring and beginning his quest toward becoming a three-time champion, Porter has a clear statement for the rest of the division.

“The statement is that I’m still here,” said Porter. “I’ve had three losses, but I haven’t gone anywhere. I’m still here fighting at an elite level and that’s what they’re going to see in this fight.”