Boxing legend Manny Pacquiao could have just one fight left in his career and has a clear preference from a poll conducted of his loyal Filipino fans.

The eight-weight champion is currently out of action due to the coronavirus outbreak and his duties as Senator. Upon his return, business partner Jayke Joson believes there may only be a solitary fight left in the locker.

This is because Pacquiao is expected to run for President of the Philippines in 2022.

It’s likely to be a farewell for the ‘Pacman’ in July of 2021. At present, one man is head and shoulders above the rest in the eyes of the Filipino community.

“I have talked to nine out of ten Filipinos and they really like UFC star Conor McGregor as the senator’s last opponent. This is before he leaves professional boxing for good,” Joson told The Manila Standard.

“I think we will know about Sen. Pacquiao’s plans in boxing as soon as the COVID-19 virus crisis is over.

“For the senator, this is not the time for a boxing fight. It’s really up to the senator when he will retire from boxing.

“But many Filipinos want our senator to take on McGregor because that will be a great fight,” he added. 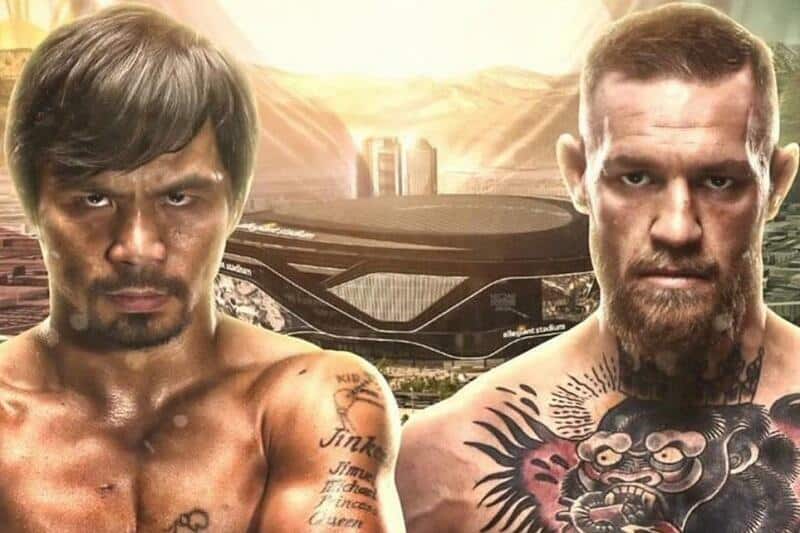 Pacquiao vs McGregor is said to already be in negotiations after the latter posted a cryptic social media clue of ‘I accept’ in Filipino.

The pair would likely collide on Showtime or FOX PPV in Las Vegas once a crowd can fully return to the sport.

Similar to when McGregor fought Floyd Mayweather, Pacquiao would get the lions’ share of the earnings. Pay-Per-View would almost certainly be over a million for the clash, giving both Pacquiao and McGregor ever incentive to agree on terms.

McGregor’s battle with Floyd in 2017 (4.4m) almost matched Pacquiao’s two years previously on 4.6m. This gives hope of even pushing past the two million marker in sales.

It means Pacquiao can take a huge final payday into a deserved retirement. He can fully maximize his potential as one of boxing’s biggest earners.

Both men could stand to pocket a tidy eight-figure sum, giving them extra drive to get the fight over the line.

Recent rumors of Pacquiao opening talks with Gennadiy Golovkin remain just that. The weight gap is just too much to close.